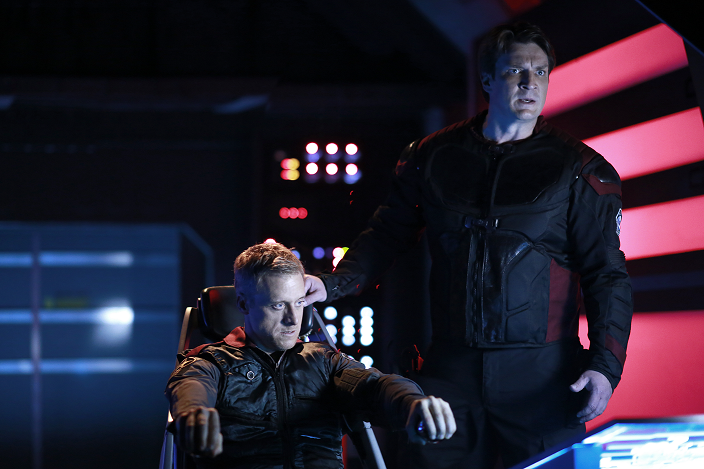 The much-anticipated launch of Con Man, a comedy series starring Firefly alum Nathan Fillion and Alan Tudyk (both pictured), is all about the fans.

Nearly 47,000 people from around the world pooled their hard-earned money to bring the original project to reality via the crowdfunding site, Indiegogo. The campaign raised a record-breaking $3.1 million when it closed in April.

Now, Vimeo has confirmed it will stream the exclusive premiere beginning Sept. 30, running three episodes every Wednesday for four weeks. The announcement was strategically made at Comic-Con in San Diego, where die-hard fans of the long-dead Firefly television series were lined up to meet their space-traveling heroes in real life.

Executive produced by PJ Haarsma, Tudyk and Fillion, the series spoofs the stars’ own experiences after Firefly was cancelled in 2002 by Fox Broadcasting after a single season. Fans of what is now considered a cult classic still aren’t over it.

Con Man follows the post-show life of Wray Nerely (Tudyk), the fictional co-star of a sci-fi series that was cancelled before its time. Fillion plays Wray’s friend, Jack Moore, the star of the fictional series who’s gone on to major stardom.

From the beginning, Tudyk took a tongue-and-cheek approach to the benefits of contributing to the show’s crowdfunding model.

“We have nearly 120 minutes of content to fund. That’s longer than most movies,” he said in a video promoting the campaign.

“If you partner with somebody who doesn’t appreciate the world, doesn’t like the world that your show is set in, they cancel it. Too soon,” he said.