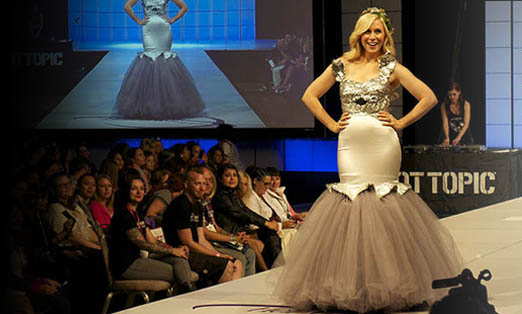 The new reality series is a first for the media company, which partnered with Comic-Con International to unveil a streaming service earlier this year.

The first original series for the new SVOD service by Comic-Con International and Lionsgate has been announced, with a roll out date expected in early 2016.

The series doesn’t yet have a title, but Lionsgate reps confirmed the company has signed on to co-produce and distribute an unscripted reality show featuring the fashions and fashionistas involved in the self-proclaimed “geek couture” clothing line created and sold by Her Universe.

The “geek chic” fashion firm was founded in 2009 (in partnership with the brand-management company The Araca Group) by Ashley Eckstein, an actor who voiced the character of Ahsoka Tano in Star Wars: The Clone Wars, an animated film and feature series produced by Lucasfilm.

Eckstein has the title of executive producer of the new series, along with fellow actor Ashley Tisdale (High School Musical) and her sister Jennifer Tisdale.

In addition to Lionsgate, the show will be produced by Her Universe and Blondie Girl Productions, a prodco owned by the Tisdale sisters.

Similar to the long-running Project Runway, the series will follow a number of fashion designers selected to create work for Eckstein’s upcoming Her Universe fashion show.

Her Universe fashion has acquired licensing for Star Wars, The Walking Dead, Doctor Who and Star Trek, among other popular sci-fi and fantasy titles.

Comic-Con and Lionsgate first announced the upcoming launch of its VOD service in April. Details on pricing for the service have yet to be announced.