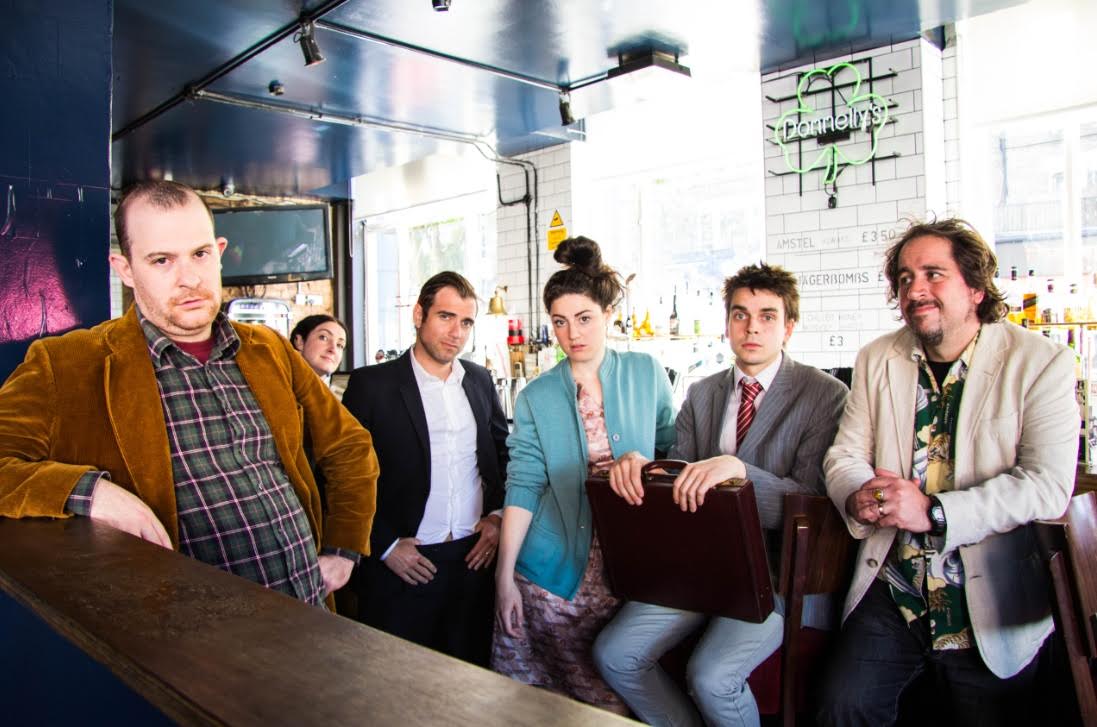 Created and starring Harry Deansway, the show about stand-up comedians puts a modern touch on the old-school sitcom.

U.K.-based Wildseed Studios is looking for a hit with an original web series that looks at life from inside the world of stand-up comedy.

The first of six 15-minute episodes of Shambles will premiere July 9 on the studio’s dedicated YouTube comedy channel, Wildseed Comedy (7,015 subscribers and two-million views). The rest of the episodes will drop on the streaming platform over the coming weeks.

Created by comedy veteran Harry Deansway, Shambles follows the fictional daily struggles of Deansway and his team (pictured) as they look to survive professionally in the competitive world of stand-up.

The show is purposely designed to work on a couple of levels. On one hand, it’s a behind-the-scenes sitcom written in a “Larry-Sanders-eque” style, said Jesse Cleverly, Wildseed creative director, in an interview with StreamDaily.

The actual lines spoken by the actors, all of whom are working comedians, are improvised in a deliberate move to keep the script sounding fresh and authentic.

“It feels quite real. It’s not that very written style of comedy … and Harry himself is a bit of a dry and cynical character, also a bit like Curb Your Enthusiasm,” said Cleverly.

“It feels quite real. It’s not that very written style of comedy … and Harry himself is a bit of a dry and cynical character, also a bit like Curb Your Enthusiasm.” – Jesse Cleverly

On the other hand, viewers have the option of accessing additional video content that takes them out and back into the episodes. For instance, the show features excerpts of stand-up sessions streamed from the real-life Shambles comedy club in London (where the series was shot), with links that allow viewers to watch the full comedy set if they like what they hear in the clips.

“It’s a really interesting format and one that really exploits the functionality of the platform,” said Cleverly.

The interactive nature of Shambles, which cost about £10,000 ($15,000 US) to make, is part of Wildseed’s mission to craft itself into the biggest OTT comedy channel in the U.K. by 2018 — and, yes, that means bigger than the BBC, home to the country’s hit linear and digital series, including The Graham Norton Show, Episodes and Little Britain, and Channel 4, which enduring hits include Father Ted, The IT Crowd and Green Wing.

Wildseed’s view is that there is plenty of opportunity to shake-up the old order through creative innovation.

“We find that comedy on British television is very old-fashioned and is still full of people who I was watching on TV when I was 18,” said Cleverly.

The studio (which is financially backed by the likes of Jon Miller, former chair of AOL, and Fred Seibert, president of Frederator Networks) employs a tiered funding strategy. Initally, the studio provides enough money ($15,000) to bring promising series out in front of an audience. If all goes well, the show will then get more money (upwards of $40,000) to produce more polished episodes. There is also a third investment tier, in the range of $150,000, for series that really get audience traction.

The studio is now starting to see second-tier investments in some of its pilot series, including  RalphieTV (a series of animations that will go back into production later this fall) and Lone Wolves (another animation that will launch with six more episodes this year).

Shambles is still in the pilot phase, but Cleverly said it shows much promise, in large part due to its cast of edgy, up-and-coming comedians, including Andrew O’Neill, Pat Cahill, Holly Burn and John Kearns (Foster’s Edinburgh comedy award for best newcomer in 2014). Deansway is the anchor of the show. His fictional character is described as “renaissance man, impresario, underdog, bit of a twat and veteran of the London comedy scene for the last 10 years.”

You can watch the first episode here: