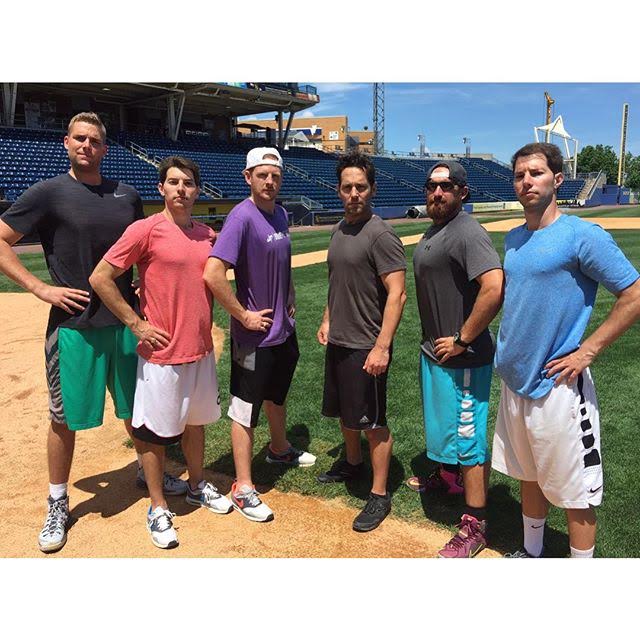 The Ant-Man star teamed up with the boys at Dude Perfect for a few rounds of "dizzy sports" in a deal brokered by Whistle Sports.

Last week, Whistle Sports hinted at an upcoming branded-content project with a huge Hollywood star. Now, the cat — or, rather, the ant — is out of the bag.

In anticipation of the July 17 release of Marvel’s Ant-Man, starring Paul Rudd, the New York-based multi-channel network has created a new video with the Hollywood A-lister in the spotlight.

The video features Rudd and YouTube favorites Dude Perfect in a few friendly games of tennis, soccer, hockey and baseball — all with a twist(s). According to the “rules”, the players each must spin around 10 times before the start of the game.

“We knew that Marvel always has some of the biggest movies of the summer, both in general and particularly around our core 14 to 34 male demographic,” said Brian Selander, EVP for Whistle Sports, in an email to StreamDaily. “Rudd was an incredible sport, putting his head down, spinning around and taking heroic swings.”

The Dude Perfect channel has more than six million subscribers. Recently, the Dude Perfect team partnered with LG to shoot a lacrosse video, featuring Lacrosse star Paul Rabil, in a branded video shot, in part, on an LG phone.

Whistle Sports has more than 19.6 million subscribers and 3.6 billion views across 305 YouTube channels.