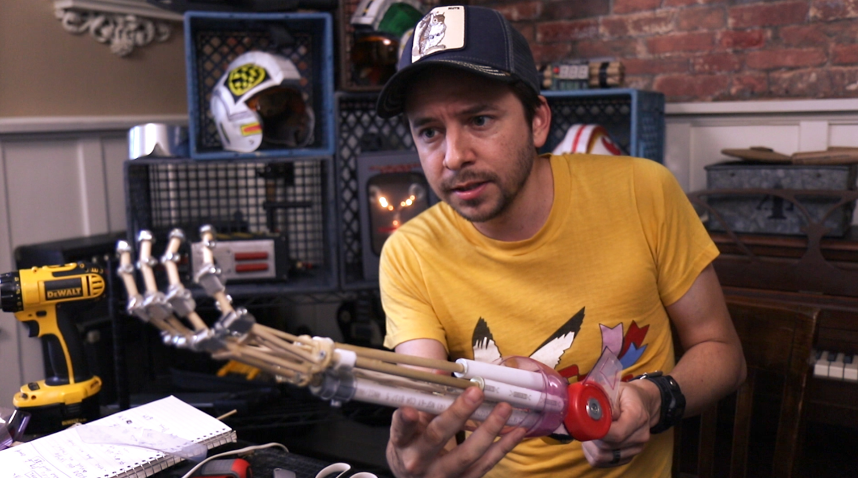 Viewers can learn how to replicate props from Back to the Future, Iron Man and Terminator for less than $50.

If you’re looking for cheap costume ideas or gearing up for a comic convention (San Diego, anyone?), you’ll be pleased to know there is a new online resource at your disposal.

The premiere episode, uploaded on July 6, is hosted by Dustin McLean who provides a tutorial on re-creating the Terminator’s mechanical arm out of items which included a drink bottle, wooden dowel and straws. His total budget was $30.

Future plans include Tony Stark’s arc reactor from the Iron Man and Avengers films and the hover board from Back to the Future 2. McLean will also invite viewers to make their own suggestions.

Future episodes will roll out every Monday on the Awe Me channel. There will be at least 10 episodes in the first season, but show creators say that may be extended if the show is a hit with viewers.