Among his new responsibilities, the former Yahoo exec will spearhead the media company's planned expansion into northern California.

The Chernin Group, a Los Angeles-based media holding company with assets and investments that include Otter Media, Pandora and Soundcloud, has named Mike Kerns as its new president of digital. 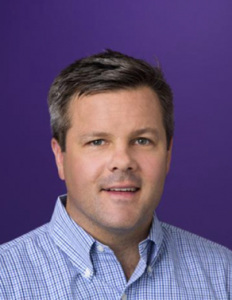 In the newly created role, Kerns will work with both CEO Peter Chernin and president Jesse Jacobs on “acquiring, investing in and developing” the company’s slate of digital media, the company confirmed in a statement.

He is expected to spearhead the company’s planned expansion into northern California, which includes a new office in San Francisco.

Kerns previously spent five years with Yahoo, first as the VP, social and personalization, followed by two years as SVP of product, homepage and verticals.
He also worked as an associate with Angel Investors, L.P. and, in 2003, founded his own company, Citizen Sports Network, creating fantasy and real-life sports apps. The company was acquired by Yahoo in 2011 (terms of the deal were not made public).

In his own statement, Jacobs called Kerns “a rare combination of an executive who has operated at the highest levels of the technology industry, a former entrepreneur who had significant success in building his company, and a former investor with great instincts, market perspectives and relationships.”

In addition to his new job title, Kerns will now sit on Chernin Group’s board of directors.

Since its inception in 2010, the Chernin Group operates in four key areas: OTT and online video (through Otter media), digital media investment, film and television production and through CA Media, which operates media and digital content businesses in Indonesia and India.