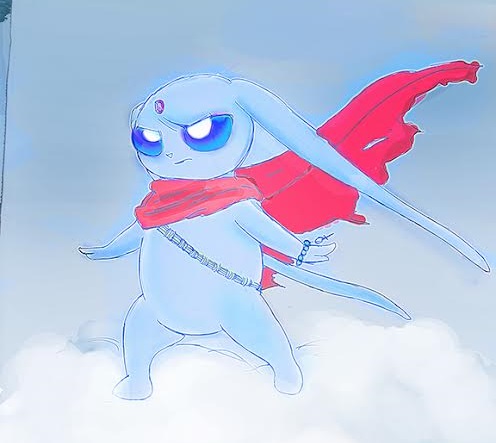 The beauty and lifestyle mogul will release an original series of digital comic books on the Line Webtoon platform in the fall.

Most people think of Michelle Phan as a YouTube makeup guru and, increasingly, beauty and lifestyle maven with a global business empire worth an estimated $84 million.

Not many know the 27-year-old internet superstar is also a trained artist and self-described “huge comic book fan.”

That extra bit of super-Phan gossip was unveiled this week along with news of her new digital comic book series, The Enchantress.

“The Enchantress is my passion project that has been brewing since I was 11 and I’m so excited to finally pursue this dream of mine,” Phan said in a statement announcing her latest project. “As a digital native, it made perfect sense for me to choose a digital platform for this project.”

The 26-chapter story is set in a dystopian near-future where technology has destroyed the landscape and the world now bows to the rule of a single governing body. With no knowledge of her birthright, a young songstress of divine origin slowly awakens her true powers, subsequently releasing the seal on her guardian, BeBo (pictured). As a master alchemist and her sworn protector, BeBo must convince the songstress to let him guide her toward her destiny.

The series will debut this fall on Line Webtoon, a free, multi-platform digital comic service that was first released in South Korea in 2004. Launched by the Korean search engine Naver, Line Webtoon first came to the U.S. in 2014. Since then, it has been working to onboarding new artists and expanding its content offerings.

The collaboration between Line Webtoon and Phan marks the first of “numerous” partnerships with female creators scheduled to be announced that will make “it possible for creators without traditional comic backgrounds to take their fresh ideas that communicate with digital readers in unique ways,” company reps said in a media release. According to the company, 48% of the Line Webtoon app users in both Korea and the U.S. are women.

Under the deal, Phan has also agreed to make an appearance at the upcoming San Diego Comic Con (July 9 to 12), where she will join a panel of representatives from Line Webtoon discussing the future of comic books in the digital world.

Phan remains a huge force on YouTube, where her channel has surpassed 7.8 million subscribers and  1.1 billion views, as well as other social-media platforms.

Earlier this year, she also launched the Icon Network in the U.S. and U.K., in partnership with Endemol Beyond. Icon offers a slate of digital content across platforms that focus on beauty, DIY and lifestyle topics. Icon’s YouTube channel has already garnered more than 412,000 subscribers and nearly 28 million views. Recently Endemol announced it will include a localized version of Icon as it expands its digital footprint with Endemol Beyond Asia.