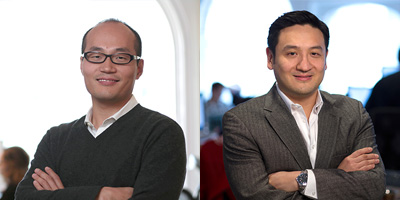 Who doesn’t love a sweeping English period drama adapted from the likes of Charles Dickens, Jane Austen and Thomas Hardy?

Dramafever is banking on those heavyweight literary credits, and more, to continue to drive up viewer traffic as the New York-based SVOD service adds British programming to its growing library of international series and movie titles.

In all, Dramafever has the U.S. streaming rights to 18 U.K. titles — a move that positions the company to compete with the likes of Acorn TV, a subscription service that already has a significant foothold in the British content sphere.

“Some of our most popular series are historical period dramas from around the world,” said Park in a statement. He said the new partnership with BBC will mean exposing viewers, many for the first time, “to the best stories in this genre from the U.K.”

Dramafever’s more than 700 titles and 15,000 episodes are available on demand via Dramafever.com. The platform also has an app for  iPhone, Android, Roku and Google TV. The company also has syndicate deals with Hulu, Netflix, Amazon and iTunes, with a total reach of 20 million unique monthly viewers, according to company statistics.

Dramafever is a subsiduary of SoftBank Internet and Media, Inc. (SIMI), following an acquisition deal in 2014.