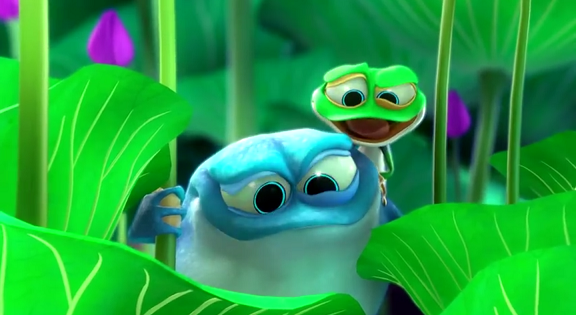 CEO Carter Pilcher says streaming content via the social media platform is the "next big thing" for distributors.

The latest short-film offerings by Shorts International will be streamed exclusively on Facebook for one week, for free, the company CEO, Carter Pilcher, confirmed.

“Facebook has been making really incredible strides in terms of being able to put video on the site,” said Pilcher in an interview with StreamDaily. “I was really surprised at its capacities — you can host 90-minute videos now.”

Not that Shorts needs anywhere near that kind of capacity. The scripted films, which begin streaming on Shorts HD’s Facebook page July 10, all range from five to 11 minutes in length.

The first film to drop is Amazonia (pictured), the 2012 Oscar-nominated animated short by director Sam Chen about the friendship of two tree frogs.

Over the next two weeks, viewers will be able to watch Hybrid Union and Nullarbor (also nominated for an Oscar in 2011), on July 17 and July 24, respectively.

Following the screening on the social networking (and video-sharing) platform, the films will each be released on other digital and linear formats. Shorts HD is a linear channel, but the company has, in the past, distributed its content over VOD patforms such as iTunes, Vimeo and Amazon Instant Video.

Shorts International, a London, U.K.-based distributor of short films, had previously experimented with Facebook as a video platform during this past year’s Oscars. Pilcher said they were pleased with the engagement that resulted.

“We’re thinking of this as our next big thing,” said Pilcher, who added he expects the company to roll out another series in September.

Other distributors have also looked to Facebook to stream content. In 2014, for example, it was the exclusive platform for a series of short films based on the Twilight series.