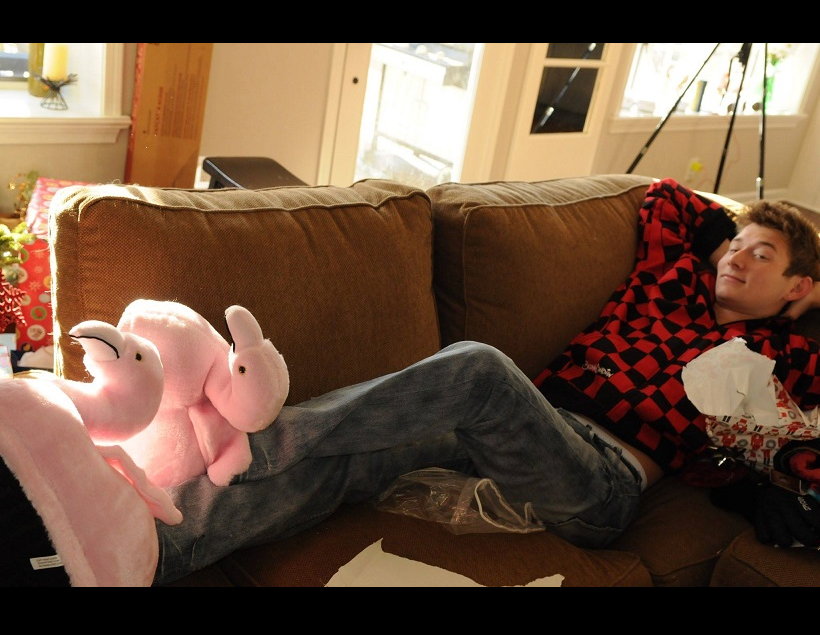 The Bajan Canadian talks Minecon and life beyond Youtube

"We could keep doing more or less what we're doing right now for a very long time," says gamer and Youtuber Mitch Hughes.

Mitch Hughes, a.k.a. The Bajan Canadian, has been sharing Minecraft videos on Youtube for five years now.

In that time, the 21-year-old has earned nearly five million subscribers and more than 1.2 billion views on his channel, where he posts family friendly, in-game-play videos of the popular interactive game, Minecraft.

With that kind of rapid trajectory, you might think Hughes is ready to move beyond digital to mainstream platforms such as television, films or book publishing. But, in an interview with StreamDaily, the young video creator said he believes in the longevity of Youtube, especially for gamers.

“Online entertainment, especially in the gaming space, may be new and young, but there’s no sign of a plateau. This is the next generation space,” he said.

On July 3, Hughes will attend Minecon in London, England with his friends and fellow Youtubers Jerome ASF, MrWoofless, PrestonPlayz and Lachlan (who, together, go by the name Team Nexus). The guys will all lend their expertise to a panel of successful gamers and participate in meet-and-greets with fans. Hughes estimates fans will have about 60 seconds to say “hi,” grab an autograph and quickly snap a selfie.

“It’s certainly less time than we’d want to be able to spend one-on-one with fans,” he said. “But we’re really looking forward to having some fun and getting fans involved in the conversation.”

That kind of celebrity treatment might surprise someone unfamiliar with the gaming world. But gaming, especially Minecraft, is big — beyond big, truthfully.

Youtube’s top creators are all gamers, with gaming videos generating more than 75 billion views by the end of 2014.

There’s money to be made in gaming and there’s many different ways to make it because of the various demographics gaming spans, said Hughes. He wouldn’t disclose details on how much money he makes or the specific breakdown of where it comes from, but said much of his monthly revenue comes from online ads, including pre-roll and banner.

He said he and Team Nexus tend to draw a young audience demographic, from age eight to 18 years.

“Some people are very popular for videos on programming within the game, so they draw a much older audience for a much older and scientific style. There’s a huge range of careers that can actually span from this,” he said.

There are other related revenue opportunities to be had, said Hughes. He and Team Nexus also make money selling online merchandise such as T-shirts and phone cases, and they own a server where participants can pay to play and purchase in-game vanity items, including skins for the game, upgrades and game credits.

Gamers have also worked with studios to produce branded content, and many make money through live-performance deals. A select few have made the move into publishing. PewDiePie (real name: Felix Kjellberg), for instance, has a new book, This Book Loves You, due out in October. Published by Penguin Random House, the book offers a quirky collection of inspirational sayings to his army of avid followers. (His Youtube channel boasts 37 million followers and more than nine billion views, to date).

Hughes has chosen not to go down the route of scripted content, but, recently agreed to a deal that will have him work with Super League Gaming, which brings video game tournaments to local movie theaters. Hughes and other Youtubers recruited by the company will be promoting Super League Gaming’s tour throughout the summer and increasing awareness of the tournaments.

Beyond that, Hughes doesn’t foresee a time when he’s ever going to outgrow Youtube. With the popularity of gaming videos, Hughes sees no need to move beyond videos for one simple reason: he loves creating them.

“Granted we stay on top of trends,” he said, but, ultimately, “we could keep doing more or less what we’re doing right now for a very long time.”