The edgy animated series known for its "nothing is sacred" style of comedy will be available on the Canadian SVOD service starting July 1.

“What a glorious day for Canada, and therefore, the world.”

South Park fans will get that reference and think it’s funny. Those north of the border will be besides themselves to learn the animated series is coming to Canadian VOD.

SVOD service Crave, owned by the Toronto-based Bell Media, has acquired all episodes of the long-running adult cartoon series just in time for Canada Day.

Customers with a subscription to CraveTV can tune in to any episode (the series boasts more than 250) as of July 1.

The series joins the likes of Sex and the City and Entourage on the SVOD platform.

“Comedy is wildly popular with the CraveTV audience, so we’re delivering (a) binge-worthy series in response to that demand,” said Mike Cosentino, SVP, programming with CraveTV in a press release.

South Park is known for its “nothing is sacred” style of comedy, so, appropriately enough, the episodes are all available extended and uncensored.

The show is often filled with references to the Colorado-based characters’ Northern neighbors — Kyle’s adopted brother Ike is Canadian, as are the fictional entertainers Terrance and Phillip. In 1999, the movie South Park: Bigger, Longer and Uncut won an Academy Award for Best Original Song with the song “Blame Canada.” (The song, which contained references to Anne Murray and Bryan Adams, was performed live at the Oscars by Robin Williams). 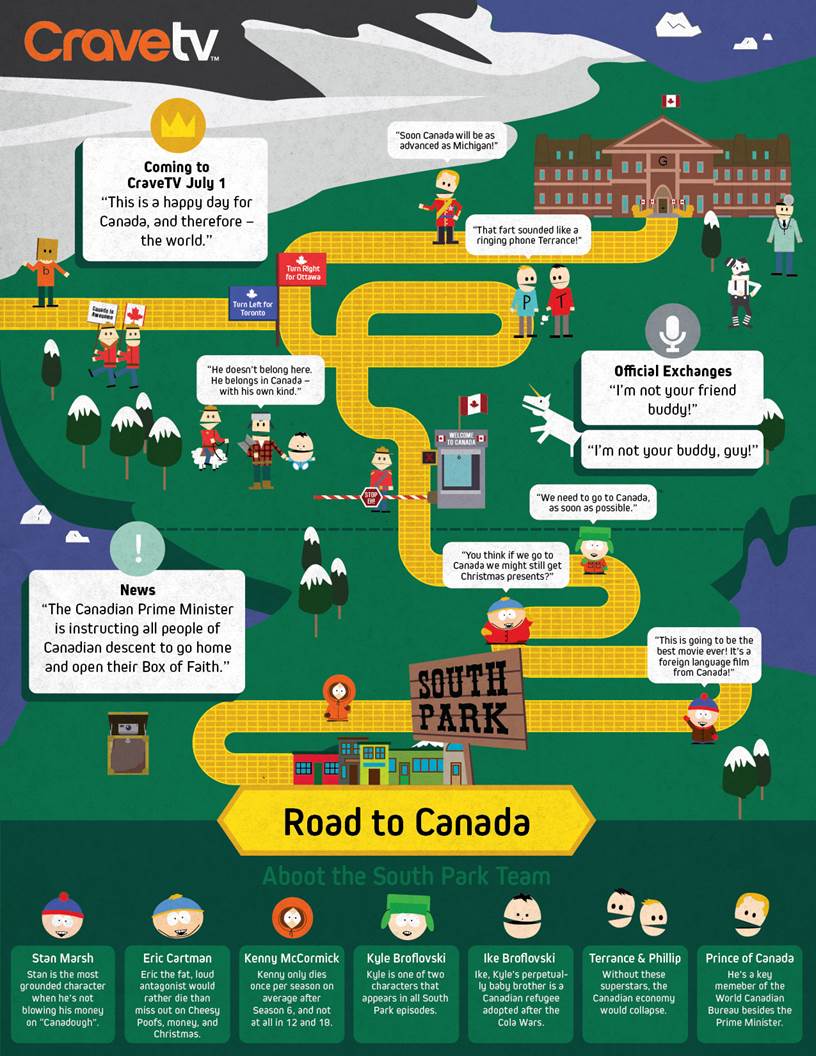