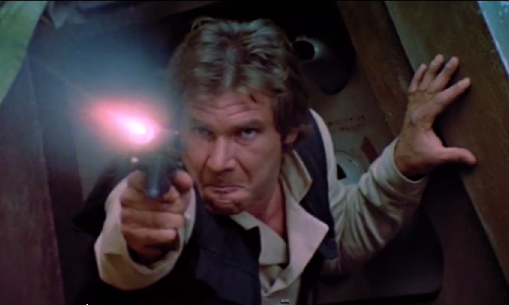 Fans of Star Wars, The Avengers and The Walking Dead seraching for the “real fake” truth behind their favorite fictional series now have reason to celebrate with the launch of Machinima’s Real Fake History series.

Machinima released the first of 10 episodes of parody History Channel shorts on June 30 on its Youtube channel (459 million subscribers across 27,570 channels). Subsequent episodes are scheduled to go live every Tuesday for the next few weeks.

Told in ironic, “Ken Burns” style, the series recounts the greatest fictional battles and inspiring stories in movies, TV and video games, from Endor (Star Wars) to Gotham City (Batman), The Battle of Castle Black (Game of Thrones) and Woodbury’s Assault on the Prison (The Walking Dead), among others.

The series is narrated by Phil Brown (Seinfeld, Wag the Dog, Star Trek III and Justice League), and features actors Tony Jannings (Legend of Neil, The Guild and Supervillain Speed Dating), Sandeep Parikh (The Guild, Legend of Neil, Community), Jeff Lewis (The Guild, The Smartest Person Who Ever Lived, Brooklyn Nine-Nine) and Brooke Seguin (The Real Housewives of Horror).

The first episode, “Star Wars: The Battle of Endor,” takes fans onboard the Millennium Falcon, and shares the back-story on how its mission during the Battle of Endor was almost undone by two co-pilots who had no idea what Nien Nunb, a Sullustan smuggler (pictured right), was saying.