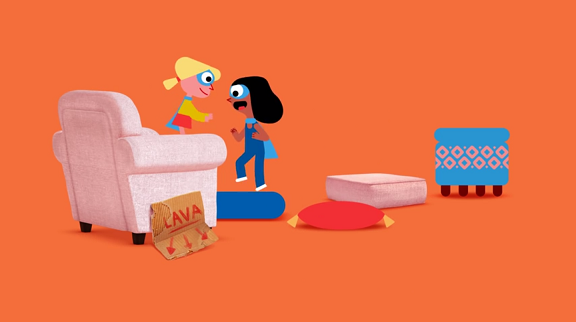 The series of 10 animated, original videos is designed to show parents the long-lasting benefits of toys, games and using one's imagination.

Most paediatricians recommend that children get 60 minutes of open-ended play — and the Toy Industry Association has launched a website and campaign featuring original videos to encourage that.

The New York City-based non-profit group represents brands and retailers such as Mattel, Hasbro, Toys ‘R’ Us and Microsoft.

Its new campaign, titled “The Genius of Play,” is centered around a series of short videos, hosted on YouTube, as well as its own web site.

The 10 animated videos are designed to show parents and children how toys and games can help children in emotional development, conflict resolution and the development of their imagination, through toys and games ranging from action figures to pretending the floor is made of lava.

“Through play, children learn about the world around them, explore their creativity, build important skills, and work through their emotions,” said Steve Pasierb, president and CEO of the Toy Industry Associationn. “The positive impact of play on the healthy development of kids, from tots to teens, is undeniable.”

Through the campaign, the Toy Industry Association is also asking parents to sign its “Play Pledge” to promise (one) million hours of free-play between children across the U.S.

“Adults can be too singularly focused on their children getting good grades, staying disciplined, and mastering a number of structured extracurricular activities, but that can come at a cost,” said Pasierb.