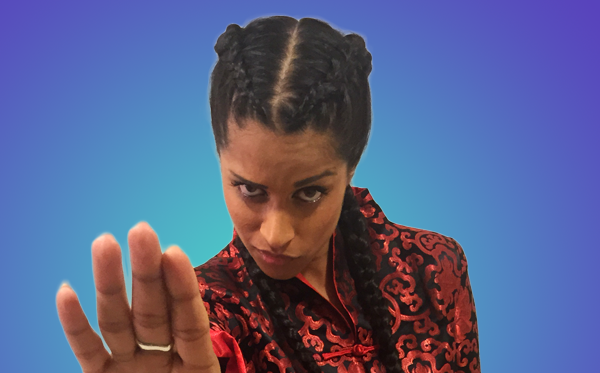 The YouTuber known as IISuperwomanII has partnered with the soda giant for the Canadian leg of the "Share a Coke" campaign.

Singh (who has nearly six million Youtube subscribers and more than 700 billion views) is smack in the middle of her “A Trip to Unicorn Island” world tour (for which she recently released a mobile app).

On June 25, she touched down in her hometown of Toronto for a show at the Danforth Music Hall. There, under the terms of the partnership (brokered by the multi-channel network Collective Digital Studio), Coca-Cola was giving away samples of customized “Share a Coke” bottles, part of the company’s own Canadian “Share a Coke”campaign.

Singh and Coca-Cola have previously partnered for the “#Makeithappy” campaign.

In an email to StreamDaily, a rep from Coca-Cola said that Singh’s brand message makes her a natural fit for the brand.

“Her mantra and the experiences she shares with fans are always focused on fun, optimism and positivity,” the rep said.

YouTube influencers have entirely changed the way that brands interact with fans, according to the rep, who noted, the video platform offers “a great opportunity to engage with a new generation of news makers.”

The “Share a Coke” campaign, which launched in 2014, saw Coca-Cola distribute Coke, Diet Coke and Coke Zero bottles throughout Canada and the U.S. featuring many of the countries’ most popular names.

“Lilly” is not available in stores this year, but “Lily” is. Fans wanting a bottle reflecting the double “L” of their YouTube idol can only get one at the touring Coca-Cola sample kiosk.

There’s no word yet of whether the campaign will cross over into Singh’s YouTube content, but the Coke rep hinted at a few “surprises” yet to come with regards to Singh’s future role in the campaign.