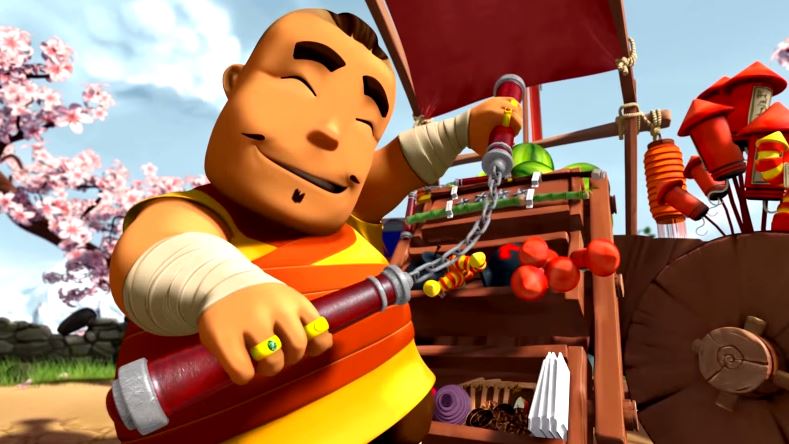 Due in January 2016, the 13-episode show kicks off a content partnership between Australian game developer Halfbrick and YouTube.

The partnership will kick off with an animated series consisting of 13 eleven-minute episodes that will premiere on the Fruit Ninja YouTube channel in January 2016, and be highlighted on YouTube and the YouTube Kids app.

The show will be targeted at six to 10 year olds, for co-viewing with their parents. It will also be accessible from within Halfbrick’s Fruit Ninja games, which reach around 60 million users per month, according to the company. Halfbrick will also be producing a new compilation playlist, titled “Fruit Ninja Nation,” featuring Fruit Ninja-themed live-action shorts, documentaries and developer diaries.

Founded in 2001, Halfbrick is a game-development studio based in Brisbane, Australia, that produces games across mobile and digital platforms including Jetpack Joyride and Fish Out Of Water.

“Our partnership with Halfbrick builds on the huge amount of Fruit Ninja content already available on YouTube,” said Ben Grubbs, head of kids and learning for YouTube Asia Pacific, in a statement. “Fruit Ninja promotes a positive sense of humor and accessibility to players in all walks of life, and we are proud to be able to bring more of this to the YouTube community.”