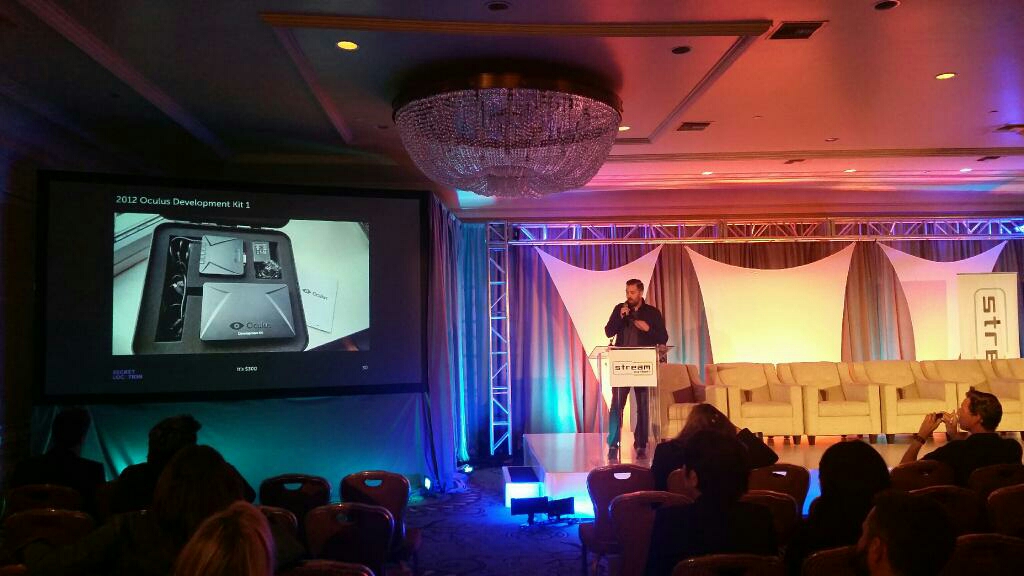 Get real: The technology challenge of virtual reality

From 3D filming to stitching frames together, Secret Location's James Milward discusses the complex work that goes into VR.

James Milward has been trying for at least a decade to explain to his parents what exactly it is he does for a living.

Milward is the founder and producer of Secret Location, the L.A.- and Toronto-based interactive studio that creates virtual reality content (among other things) for everything from Hollywood movie studios to OTT platforms. The company recently won an International Digital Emmy award for its transmedia experience Endgame Interactive, created for the procedural drama Endgame.

Yet, any detailed talk of the company, and, in particular, the VR expertise it has achieved, seemed to elicit only blank stares from mom and dad.

That’s when Milward changed his tactics: He invited his parents to don a VR headset and watch a project his company had done for Fox’s Sleepy Hollow series.

“The lightbulb went on and they finally got the potential of a story that could be interacted within,” said Milward.

“It was amazing,” he said. “Immediately they started throwing out ideas of what I could do with it. It’s really the first time what I do and what I’m interested in at work crystallized for them.”

Now, if only he could do the same for everyone else in the world still scratching their heads over VR.

Milward believes that the technology has huge potential to go from being niche to a mainstay in homes across the world.

But, at the moment, he admits it’s a little rough around the edges.

Milward recently spoke with StreamDaily about what it takes to bring content from concept to the very devices its viewed on — and the technological challenges that studios still struggle with.

It all starts with 360 filming and sound capturing. The sound is easy, but filming is achieved through either a spherical camera or, more commonly, an array of cameras arranged side-by-side, filming at all angles, including above and below.

Some create this kind of system using GoPro cameras, but Milward said those can cost from $6,000 to $8,000, and are still not yet high enough quality to produce work people would pay big bucks to see.

“To be honest, none of those are really commercial grade at this point,” he said.

After trying several options in its early days, Secret Location has since partnered with Vrse.works, a VR production company based in L.A., from which the company rents cameras (for an undisclosed price).

Shooting in 3D, which Milward views as essential to VR (“because the virtual reality headsets allow you to see in three dimensions”), is an added challenge: 3D is either shot using two cameras aligned or computational 3D, where a computer adds depth data to the subject that’s been captured. The latter method can cause even more hiccups in the already highly complex editing process, said Milward.

Some of the editing resembles the traditional work, but with one important difference — there are no boundaries to the frame.

And though content is captured in 360, assembling that content to make sure there are no pieces missing (what is called the “stitching” process) can be problematic.

“We haven’t found any out-of-the-box software that can effectively (stitch),” said Milward. “We have to hand stitch.”

Another problem that can slow the process down is that techs and editors in the field are also often learning as they go. No North American post-secondary video production programs specialize in VR, and few have significant VR work in their portfolio.

“There’s not enough work to be considered to be an expert,” he said. “We’re typically training people or working with people who have developed their own methodology.”

It all begs the question: Will the hunger for VR content outpace the capabilities of the VR industry?

There is a handful of content already out there — some documentaries, some shorts and plenty of gaming content. It’s still a niche, but a growing niche.

Milward believes, in 2016, a flood of new devices to the market may drive up a demand for original content, from non-fiction to all-out surrealism.

“I see CNN and Fox News and CBC going to want to transport you to war zones, into the middle of humanitarian crises, into the Olympics, to places that you wouldn’t have to get on a plane to experience firsthand,” he said. “I see in the long-term some fantastical and otherworldly applications, transporting people to things that don’t exist in the real world.”

“It’s such a visceral medium,” he added. “It is seductive enough to keep you intrigued and thinking for a long time afterwards.”

This is part two in Get Real, an ongoing StreamDaily series examining virtual reality and its potential to carve a whole new digital path for producers and creators. To read earlier stories, please click this link.