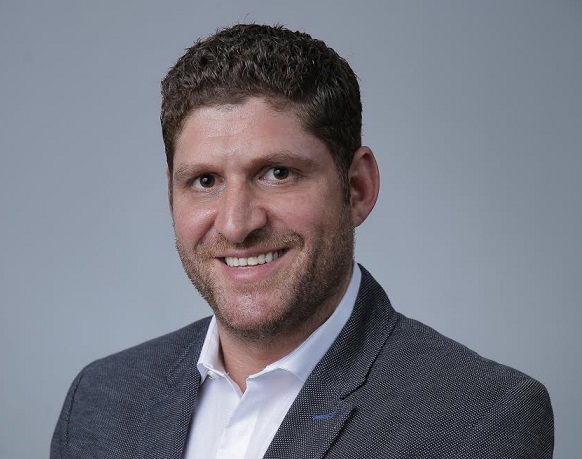 Multi-platform production exec Seth Laderman has been named EVP and GM of the new subscription streaming service from Lionsgate and Comic-Con International, reps for the two brands announced.

The platform, unveiled in April,  is scheduled to debut in the first quarter of 2016. It will feature original short-form content created exclusively for the channel’s subscribers, as well as films and television series from Lionsgate and other studios targeting the Comic-Con fan base, and exclusive archived footage from Comic-Con’s 45-year history. The subscription price has not been made public.

Laderman (pictured) comes to the service after spending the past 12 years developing content and overseeing production for digital and linear platforms. As head of production for Legendary Digital and Nerdist Industries he helped to spearhead the digital growth of YouTube content. At Nerdist, he was also considered instrumental in the transformation of Chris Hardwick’s start-up podcast and website to a worldwide distribution platform with more than 20 million monthly users. He also oversaw the Nerdist Podcast Network that included more than 30 podcasts with daily programming.

While at Nerdist, Laderman was behind the launch of several digital projects that transitioned to television shows and linear programming, including All Star Celebrity Bowling on AMC, Nerdist News on the SyFy Network, Justin Willman’s Magic Meltdown on Comedy Central, The Doctor Who 50th Anniversary Live Show on BBC America and the upcoming reboot of Electra Woman and Dyna Girl, in partnership with Fullscreen.

Laderman subsequently headed content operations as SVP for the newly launched Legendary Digital Networks after Legendary Pictures acquired Nerdist. In the role, he ran the day-to-day operations and oversaw content acquisition and development for Amy Poehler’s Smart Girls at the Party and Felicia Day’s Geek & Sundry, as well as Hardwick’s Nerdist Industries. He is credited with helping to forge content partnerships with Xbox, Spotify, Twitch and Verizon.

“This is a world I know and love, a community I appreciate and respect,” said Laderman in a media statement, in reference to the digital environment.

Peter Levin, Lionsgate president of interactive ventures and games, worked with Laderman at Nerdist, noting, “he speaks our language.”

“His understanding of the fan experience and his track record of launching great new digital shows make him the perfect choice to lead the expansion of the pop culture event of the year into a year-round online experience for future generation fans, geeks, nerds like us and newbies alike,” he said in a statement.

In 2014, 17 of the top 20 North American box office blockbusters had a presence at the Comic-Con Convention, along with TV series such as The Walking Dead and American Horror Story. Comic-Con International now hosts more than 130,000 fans from around the world. Badges for last year’s event sold out in one hour.

The Comic-Con International channel will be the third streaming from Lionsgate. The company recently launched the Lionsgate Entertainment World platform with the Alibaba Group in China, and it has announced the plans to debut the indie film SVOD service Tribeca Shortlist this summer.