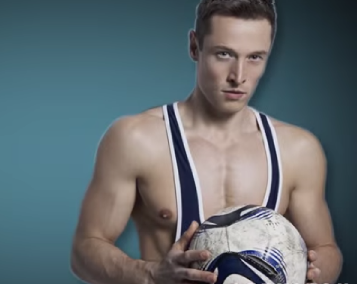 Davey Wavey, Major Lazer and Rachel Levin are the latest influencers to sign with the MCN as it expands its reach across content verticals.

Davey Wavey, a self-described “globe-trotting gay” personality and fitness trainer, is the one of three young YouTubers to sign with Vancouver-based MCN BroadbandTV.

Wavey (pictured) brings with him a fanbase of 1.3 million subscribers over three channels, and 225 million monthly views. In a statement, he said that BBTV’s “personalized approach” and talent management model made it stand out from other offers he’s received from MCNs. His videos include “Seniors Give Gay Advice,” “Surprising A Gay Texas Mormon,” “Coming Out to Siri“ and “Naked in New York.”

He added the deal “puts me in a prime position to capture big opportunities and grow my brand on and off YouTube.”

Rounding out the new talent roster is RCLBeauty101 (real name Rachel Levin). Repped by Lennon Management, Levin has attracted 2.7 million subscribers and a total of 255 million views through her popular vlogs, comedy skits and beauty/lifestyle videos.

The signings are the latest in a string of announcements from BBTV as it expands its reach across content verticals. Earlier this month, the MCN announced its partnership with The Huffington Post. Together, the two brands intend to launch Outspeak, a journalism and talent network that aims to put current events into the hands of millennials and launch an army of brand new YouTube stars in the process.

Ali Adab, VP of content and partnerships, said in a statement that the three new creators are evidence of BBTV’s increasing ability to attract top talent from around the globe.

“We look forward to investing in and growing each of these unique brands online and across platforms with additional revenue streams such as book publishing, e-commerce, merchandising, apps and subscription services,” he said.

BBTV currently has more than 34,000 content creators under its umbrella, with a growing library of more than 11 million video assets spanning gaming, music, entertainment, kids and  current events, according to data provided by the company.

Along with Outspeak, BBTV’s network includes TGN (a gaming network); Opposition (the largest hip-hop music network on YouTube), and HooplaKidz (a popular channel for preschoolers). Since 2013, BBTV’s total views have risen 370% and the number of partners on the network has more than tripled, a company rep said.