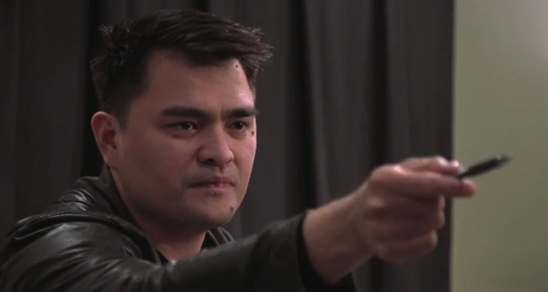 The film, which premieres June 22 at 8 p.m. ET, will be simultaneously released both on linear television and digitally on MTV.com, the MTV mobile app and MTV’s Facebook and YouTube pages.

It follows Vargas around the U.S. as he speaks with white people in groups, at schools and community centers about race, privilege and the nature of so-called “whiteness.” There are dozens of interviewees featured in the film, with five in particular followed throughout the length of the doc.

“Whiteness often remains unexamined in conversations about race in this country, even as it acts as the implicit norm against which other racial identities are judged,” said Stephen Friedman, president of MTV, in a media statement.

“We saw last week the dire effects racism gone unchecked has on our communities. The need for an honest and open conversation about the roles race and white privilege play in our society is more needed than ever,” said Vargas in a statement.

The film is a part of MTV’s broader “Look Different” campaign launched in 2014 to tackle racism, sexism, xenophobia and other forms of discrimination, both in pop culture and in everyday world events.

Also part of the campaign is Franchesca “Chescaleigh” Ramsey, host of MTV’s new online series Decoded. Ramsey spoke to StreamDaily on June 18 about the need for anti-racist education in youth-oriented entertainment.

“By educating a younger audience, we can encourage (them) to be really thoughtful about the content they consume so that 10 years from now, there will be a better life than they have now,” she said.

Unlike Decoded, which airs exclusively on MTV’s YouTube channel, White People will be simulcast cross-platform to reflect the increasing diversity of MTV audiences’ consumption habits, according to reps for the network.

The MTV Facebook page has more than 47 million “likes” while its various YouTube pages share more than 900,000 subscribers. According to the Google Play store, the Android version of the MTV app has been installed between one to five million times (data was unavailable for iOS downloads).

Meanwhile, it’s been widely reported that MTV saw primetime ratings for its television channels decrease in 2014.

A preview of White People is available online for U.S. viewers.