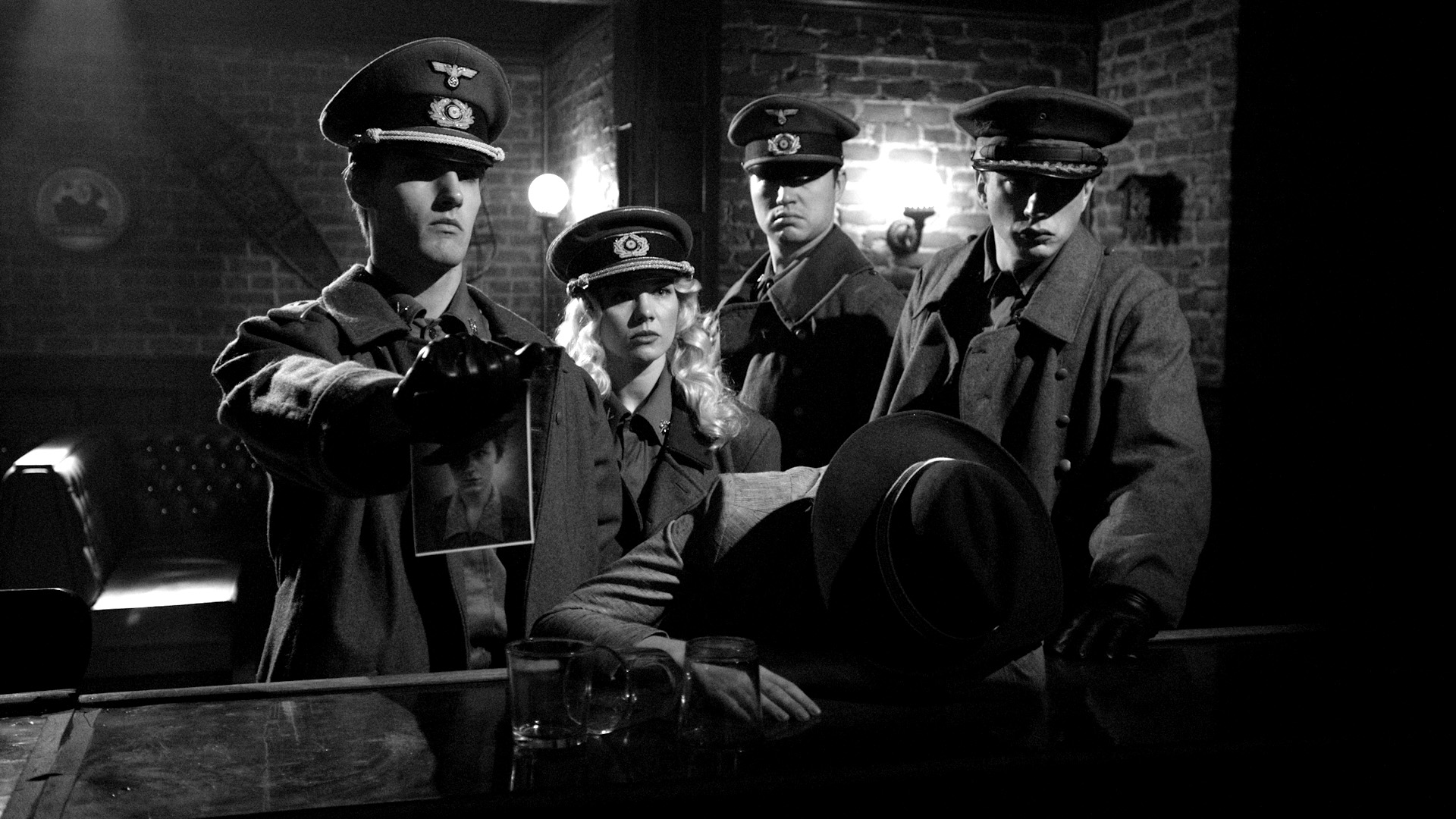 Wong and showrunner Ben M. Waller talk about the challenge of shooting eight mini movies in 20 days for RocketJump: The Series!

Freddie Wong watched calmly as the fake beer bottles flew and bodies were flung about like rag dolls across the barroom set for his upcoming Hulu series RocketJump: The Show! at Riverfront Stages in Glendale, Ca, earlier this month, his slacker casual clothes (T-shirt, sweats and flip-flops) matching his manner. But there was nothing relaxed about his schedule.

Wong was in day 18 of a 20-day shoot for the series, scheduled to debut in the fall. On this day, he and his RocketJump co-founder and co-director Matthew Arnold were rehearsing and lighting a comic barroom brawl featuring their former Video Game High School star Josh Blaylock and three stunt performers. The next day, they would shoot the scene, captured in a single shot, with no cuts.

“We very rarely get rehearsal days for anything we do,” Wong told StreamDaily during a break. “It’s nice to actually get one and dial in something complex like what we’re doing.”

Since its founding five years ago by Wong, Arnold and Dez Dolly, RocketJump has garnered over a billion views with shorts and three seasons of its popular series Video Game High School, featuring movie-style VFX and stunts that set it apart in an online video universe filled with cat clips and vloggers.

The black and white Second World War-set short featuring the brawl is one of eight five- to eight-minute installments in the anthology series, each one accompanied by a behind-the-scenes, making-of style documentary.

The length of the content belies the complexity of the undertaking: The shorts all center on elaborate action set pieces, featuring everything from Hong Kong-style wire work to Western horse races. 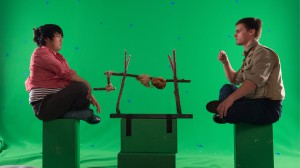 To lighten the load and keep things fresh creatively, Wong and Arnold handed off directing duties on several of the shorts to actor Clinton Jones (pictured, left, with Wong on set), writer/actress Ashly Burch and series showrunner Ben M. Waller.

“All three of them are people who we are trying to nurture through that process, so it’s not just, ‘Here’s eight shorts directed by Freddie and Matt,'” Wong said. “We want to have some diversity, both in terms of viewpoint, as well as the directing styles.”

Waller came up with the idea for RocketJump: The Show! in June 2014. Two months later, RocketJump and production partner Lionsgate had scored a distribution deal for the series with Hulu.

From the beginning, the documentaries were part of the plan.

“We want to give a glimpse behind the curtain,” Waller said. “Lately, it seems like, because filmmaking has become so democratized, people think, ‘Oh, they’re throwing the camera up. They film it for a day and it goes out and that’s it.’ But we wanted to show there are people considering story and post-production, shepherding it each step.”

Waller admited that some of the behind-the-scenes footage they shot, such as the glimpses at the writing process, was less than electrifying.

“We find it exciting (in the writers’ room),” said Waller. “But mostly it’s seeing a lot of people sitting there with their heads in their hands, trying to come up with an idea.”