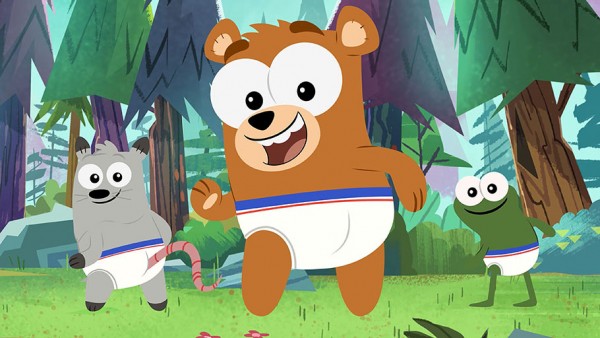 Kids get playdate for Amazon’s latest round of pilots

On June 26, viewers will get their first look at six new potential children's series, including Lily the Unicorn and Lost in Oz.

Amazon Studios announced it will debut its latest kids’ pilot season on Amazon Instant Video in the U.S., U.K. and Germany on June 26.

The pilot season lineup – first announced in May – includes the animated programs The Adventures of Knickerbock Teetertop, aimed at preschoolers, and Lost In Oz, Lily the Unicorn and Bear in Underwear (pictured), for children ages six to 11, and the live-action shows A History of Radness and The Kicks.

As is custom with Amazon Studios’ pilots, users will be invited to watch the pilots and comment on their potential, and the feedback will be used to determine which shows will be greenlit as full series.

Amazon Studios also announced eight other original series will premiere in 2015 and early 2016 exclusively on Amazon, including the kids’ series Wishenpoof, Just Add Magic and The Stinky & Dirty Show, the adult dramas Hand of God, Mad Dogs and The Man in the High Castle, the comedy Red Oaks, the docu-series The New Yorker Present and the second seasons of Transparent, Mozart in the Jungle and Bosch.