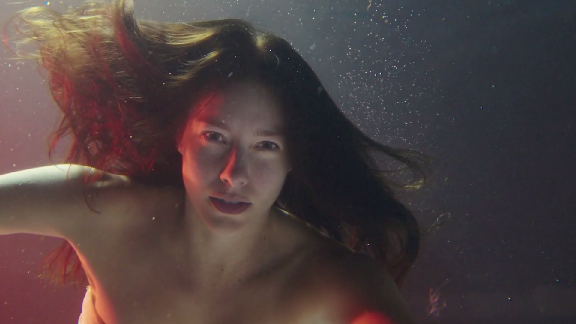 Ten filmmakers respond to the concept of connection, and provide their own perspectives on their relationship with technology.

Some of Vimeo’s most creative filmmakers have teamed with Samsung for a new original series that takes a deep dive into the idea and infinite meanings of connection.

Created by 10 filmmakers (who’ve collectively been “Staff Picked” 60 times), the Connected Series is a set of 10 short films “intended to examine our human relationship with technology,” said Jeff Hurlow, head of brand solutions for Vimeo, in a blog post.

“It wasn’t so long ago that a phone was simply a tool used to call people, a camera merely a way to capture a moment, and on the flipside, a record player was an innovation instead of hipster decor. But in the last decade, our devices have become a vital part of how we see and interact with the world — the effect of which are still up for debate,” said Hurlow.

Filmmakers were asked to respond to the concept of connection, providing their own perspective on the relationship they share with technology and innovation.

“The message I was trying to convey at the end of the short was how you can make friends now in weird, unexpected ways because of technology,” said Paul Trillo, one of the filmmaker’s involved in the project, in a video promoting the series.

Trillo’s film is called Just The One of Us. Other filmmakers involved include Celia Rowlson-Hall (The Dance Before Dawn), Jonathan Bregal (Born into Connection) and Bradley Munkowitz (The Chamber).

“This project felt like a passion project from the very beginning because I wrote something that was very personal, and so everything that I love as an artist, I weaved into this story, into this film,” said Munkowitz in the same video.

The complete Connected Series will be viewable on Tumblr or through each filmmaker’s Vimeo profile page. Five films are available now, with the remainder to be released over the coming weeks. Hurlow said the hybrid VOD platform will host a Q&A with filmmakers to open up a conversation around inspiration.

Vimeo doesn’t include pre-roll ads, but it does partner with brands to produce branded original content with “Staff Picked” filmmakers (known as the VOD’s Brand Creative Fund). The collaboration with Samsung is the most recent example of such a partnership. Past collaborations include the Lincoln In the Moment series, Intel’s Empowering Innovators, and Charles Schwab’s Own Your Own Tomorrow.

For a taste of the series, watch the video below.