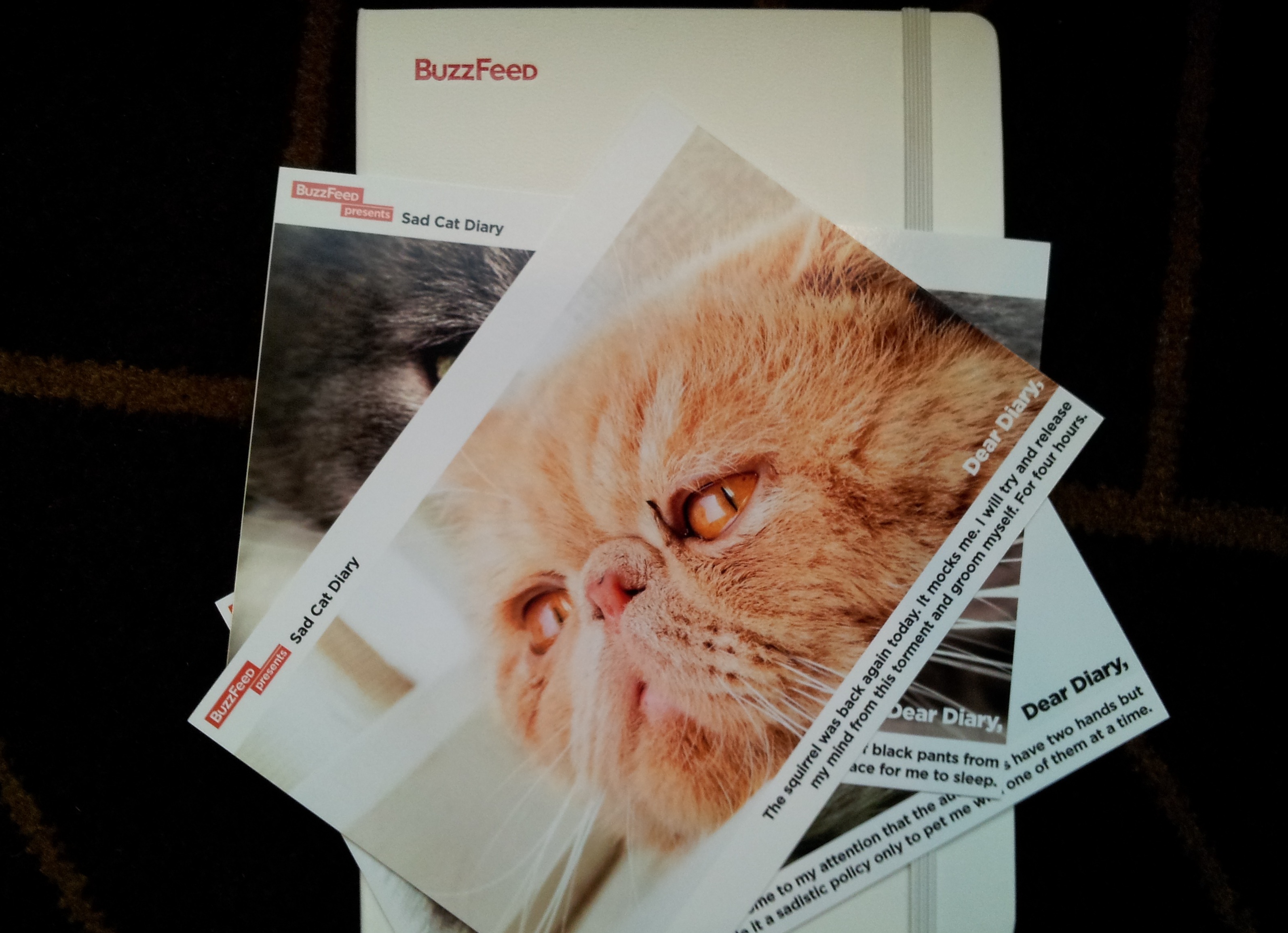 The site officially opened in Toronto this month with six full-time writers, two sales staff and ambitious plans to grow both teams.

Canadians looking for cat memes, quizzes and you know, news, have another local option with the launch of Buzzfeed Canada.

The site, which has jumped from 2.7 million uniques coming from Canada in 2013, to 10 million this spring, according to comScore numbers from Buzzfeed Canada, officially opened a Toronto office last week.

Those visiting the site from Canada are now automatically taken to the new Canadian homepage, which will be populated with 15 to 30 unique articles per day, with a choice to switch back to the U.S. page. The office has launched with two full-time sales staff and six full-time writers, and plans to grow both teams.

In true Buzzfeed style, here’s a few facts about the new launch:

1. Brands like video content. Buzzfeed likes brands: Though Keith Hernandez, director of brand strategy, North America and Australia at Buzzfeed, says the company has worked with over 60 brands in Canada to date, a need to interact with contacts on a one-on-one basis led to the company’s recently launched office on King St. West in Toronto. In particular, Hernandez says he wanted feet on the ground to talk to brands about Buzzfeed’s video offering, Buzzfeed Motion Pictures.

“We realized we would need a human in place to explain the concept, because it’s a bit closer than working on the branded stories side,” he says. “We can now work more deeply and create what we call premium asset packages, which is work that could be used on places like Tumblr, Instagram and Vine.”

Clients that fit best with Buzzfeed are those that target 18-to-34 year-olds, and are operating from a mobile or social-first mentality, says Hernandez.

2. Canadians love news: Hernandez says that typically when Buzzfeed opens a new office it’s local editorial team populates it with “classic” Buzzfeed content, like Corgis break-dancing, or the 23 Most Important Cats. But he says with the upcoming federal election, and Canadians’ appetite for news on the U.S. site, Buzzfeed Canada chose to launch with a news-first approach.

The Canadian editorial team is being led Craig Silverman, who previously founded Emergent.info, a real-time tracker of the truth of rumors on the internet. Hernandez is leading the Canadian sales team.

3. BuzzFeed audiences are a mobile bunch: The majority of Buzzfeed visitors – about 65% – come to the site through mobile, according to Hernandez, and Canada is on track with that number. Regardless of platform, however, 75% of traffic to Buzzfeed Canada comes to the site from social media networks, he notes.

That means while the company sees traditional news as its competition, the real challenger is the newest baby photo of your nephew – especially if he’s cuddling with the cat.