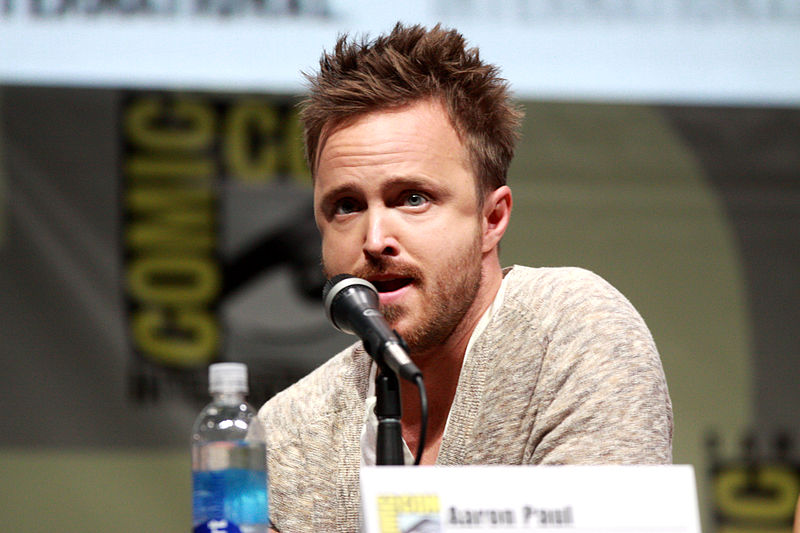 The former Breaking Bad star will play the lead in the SVOD's new drama, The Way.

Fans of Aaron Paul, who first rose to stardom through his role as Jesse Pinkman on AMC’s Breaking Bad, have a new show to tune into.

Paul will star in The Way, a new Hulu original series, slated to premiere this winter.

Paul won three Emmy awards for his portrayal of the foul-mouthed drug dealer Pinkman on Breaking Bad. Now he’s set to star as Eddie Cleary, a convert to a controversial religious movement who suffers a crisis of faith.

The series was created, written and executive-produced by Jessica Goldberg and is distributed to Hulu by Universal Television and True Jack Productions. Michelle Monaghan stars alongside Paul as Sarah Cleary, Eddie’s wife.

Paul announced the news on his Instagram feed. “Very excited about this one,” he wrote. “Thank you to everyone involved for making this happen for me. Hugs and kisses to all of you.”

Unfortunately for fans of Breaking Bad, this came after Paul had teased fans with the possibility of a spin-off. Following an Instagram post promising big news on a top secret project, Paul announced on Periscope that a Pinkman-centered spin-off would be debuting — though he immediately said that he was joking.

Sorry for the joke everybody. I love you all so much. Hugs and kisses.

Hulu has been amping up its slate of original programming, with the comedy series Difficult People produced by Amy Poehler, 11/22/63 written by Stephen King and directed by J.J. Abrams and Casual, directed by Jason Reitman. It also recently picked up the third season of The Mindy Project following its cancellation.