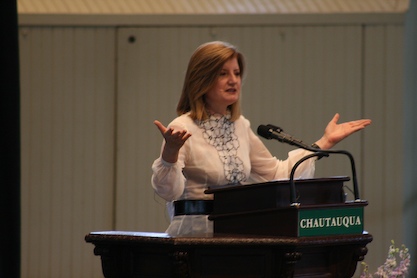 The publication's high-profile founder confirmed in a memo to staff that she will stay on as president and editor-in-chief for four more years.

Arianna Huffington has signed a new four-year deal that will see her remain as the president and editor-in-chief of The Huffington Post, according to media reports.

“After all my meetings and conversations with Tim [Armstrong] and the Verizon leadership, I am convinced that we will have both the editorial independence and the additional resources that will allow HuffPost to lead the global media platform shift to mobile and video,” Huffington wrote in a memo reportedly sent to staff on June 18.

Huffington was upbeat in her memo, noting, “Today, I can say we are in a stronger position than we’ve ever been in, with the wind at our backs.”

She called on staff from offices around the world to gather June 25 for an “all-hands” meeting to discuss the publication’s plans and answer questions.