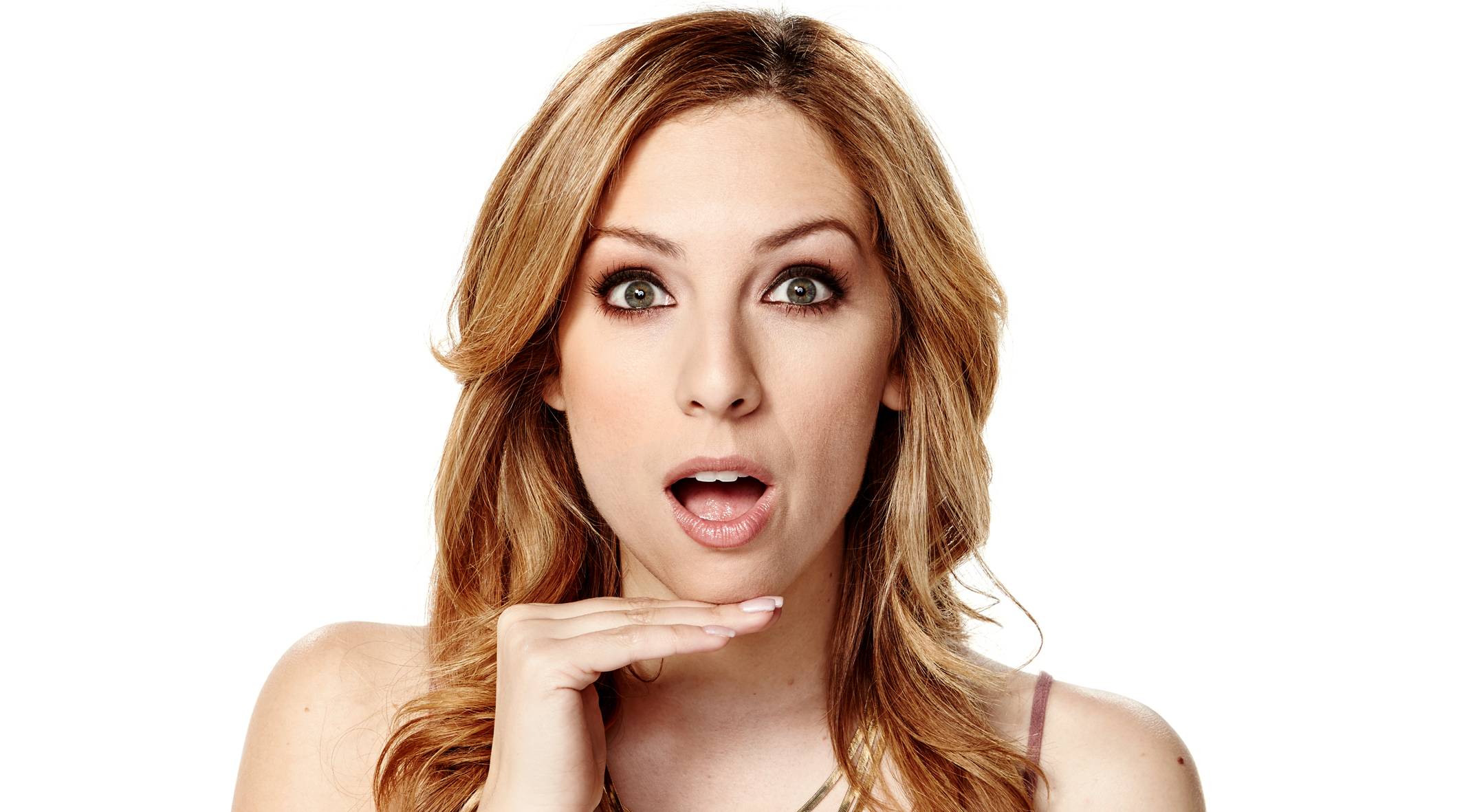 From racing a 3D-printed likeness of her head to co-hosting TruTV's Fake Off, the YouTuber finds new ways to grow her business.

When Meghan Camarena first saw the offer to be the backstage correspondent on season two of TruTV’s Fake Off in her inbox, she didn’t think it was real.

“I get weird emails all the time, so I never take anything too seriously,” the 27-year-old YouTube star, known as Strawburry17, told StreamDaily.

But that’s to be expected when you put your email address (business@Strawburry17.com) on your YouTube page that has more than 942,000 subscribers and 95.7 million views.

To be fair, the set-up for Fake Off is a bit unusual, even by reality-competition TV standards. On the show – which airs Wednesday nights at 10 p.m. – teams re-imagine iconic pop culture moments using a mix of theater, acrobatics, aerial stunts and illusions. But, like a recent offer to fly to Sweden to race a 3D-printed likeness of her head mounted atop a radio-controlled car for Urbanears Headphones, the Fake Off job was legit, and Camarena jumped on it.

“I signed my contract on the Sunday, the day before they filmed, and then I was on plane a couple of hours later,” said Camarena, who shot the show at Atlanta Film Studios in Hiram, Georgia, in late March and early April.

It’s not Camarena’s first foray into reality TV. She was teamed with fellow YouTube star and best friend Joey Graceffa on seasons 22 and 24 of CBS’ The Amazing Race. Although her stints on the Emmy-winning show exposed her to millions of eyeballs, she says it didn’t have much of an effect on her life or her career.

“The impact of Amazing Race wasn’t as big as things that have happened in the web world, but it did probably increase my older demographic,” Camarena said. After it aired, “a lot more moms would recognize me if I was on a hike or at Whole Foods.”

Camerena started posting vlogs and lip-synced music videos made with her younger brother David on YouTube in 2007. The production values were primitive, but her posts quickly earned her a following on the nascent platform. Her 2008 music video “I Am a Gummy Bear,” shot in front of a white bedsheet backdrop, has racked up more than 900,000 views.

In 2011, Camarena was chosen as one of the participants in YouTube’s NextUp program, which provided $35,000 in funding to 25 young creators, and she used it as an opportunity to move from her native Modesto, Ca., to Los Angeles.

“I figured, if I’m going to move to L.A. and pursue YouTube full time, this is the best time, because I have a $35,000 cushion,” Camarena said.”If I don’t make it, then I’ll go back home to Modesto and I’ll figure it out there. But I’ve been here since, and I’ve had nothing but great opportunities.”

Those opportunities have ranged from directing the horror short The Void for New Form Digital’s Incubator Series last fall to appearing opposite other YouTube stars (including Graceffa) in the recent online zombie reality competitionseries Fight of the Living Dead. She has also acted, most notably as Rapwnzel in the web series Video Game High School.

Like many YouTubers, Camarena has found brand integrations to be a reliable income generator, making videos for companies such Marriott, H&R Block, eBay, Skype and Nintendo

“It’s a huge part of our business plan,” said Camarena, but it’s also creatively fulfilling. “When I was a kid, I would watch commercials on TV and think, ‘Oh, man. If I was in charge of that commercial, I would’ve done it like this and it would’ve been so much cooler.’ I get to do that now.”

She pointed to a video she did for State Farm Insurance’s “Celebrate My Ride” campaign –  in which she presents driving safety tips for teens like an airline stewardess giving pre-flight instructions – as an example of her branded video aesthetic.

Earlier this year, Camarena, who’s managed by David Tochterman of Versatilit Media, signed a deal with Maker Studios that is helping her fund a build-out of her production infrastructure for Strawburry17 and her second YouTube channel, LifeBurry (more than 360,000 subscribers and 34.6 million views). She now shoots all her videos in 4K, aided by a staff of 11 people, including a VFX artist and a web developer in the U.K. and a social media specialist in Texas. In August, she will move her L.A.-based staffers into new offices.

While her business is growing, Camarena hasn’t gotten too big to hug seemingly endless lines of fans at conventions like VidCon and E3.

“On YouTube, it can be kind of lonely,” Camarena said. “Sometimes, you wonder, are these people even real? And when you go to these conventions, you get to see the actual physical person there, and I’ll be forever grateful for anyone who watches my videos. They’re the reason why I get to do what I do. If I’m standing up hugging people for eight hours, I’ll do it for another eight hours. That’s something that never gets old.”