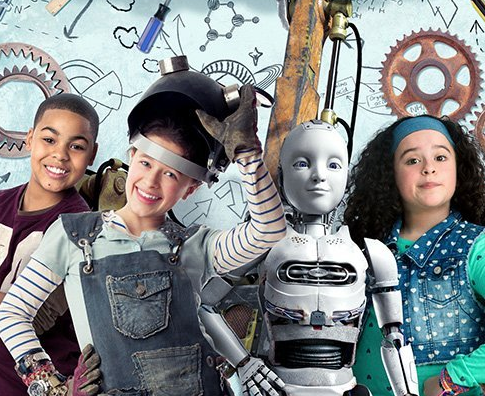 Young fans can expect more adventures from robotics wiz Anne and her friends as they conduct experiments in a junkyard-turned-laboratory.

Fans of the live-action children’s series Annedroids can expect to go back to the junk yard on July 2.

That’s when the second season of the original Amazon series will roll out to Prime customers. It will feature more adventures from 12-year-old robotics wiz Anne and her friends as they conduct their wild experiments in a local junkyard-turned-laboratory.

Some of the plot points of the new season include Anne facing a moral dilemma after being approached by a scientist who makes her a lucrative offer for her work, Anne’s robot PAL expressing a desire to live as a “real kid” and the kids using science and technology to tackle their nightmares.

“Annedroids is a show about the kids you don’t see on children’s TV… A bunch of lower-income kids led by a brilliant girl who come together to solve problems using science and technology,” said J.J. Johnson, series creator and executive producer, in a statement.

The show, aimed at children ages six to 11 years, has been recognized with a Daytime Emmy nomination for Outstanding Direction in a Children’s or Pre-School Children’s Series for the first season. The character of Anne (Addison Holley) was named one of the top 10 best children’s role models on TV by Common Sense Media alongside the likes of Neil DeGrasse Tyson.

The new season of Annedroids will be available for free on demand for Amazon Prime customers.