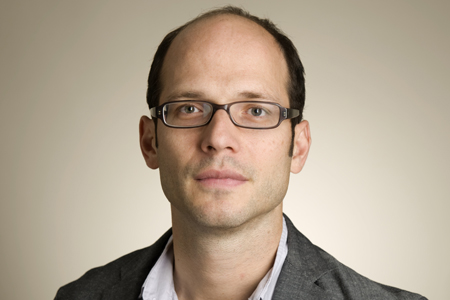 Jason Spingarn-Koff's new title has yet to be announced, but it's expected he'll be joining the SVOD's original doc team.

Spingarn-Koff (pictured) will be leaving the Gray Lady at the end of June, and joining Netflix in Los Angeles, a move he announced via Twitter last week.

Sad to be leaving @nytopinion Op-Docs at the end of June, but thrilled to be joining @netflix in LA! Details to come.

His specific title at the company is yet to be announced, but he is believed to be joining Netflix’s original documentary team, which has overseen such titles as Virunga, Liz Garbus’s What Happened, Miss Simone? and the docuseries Chef’s Table.

Spingarn-Koff joined The New York Times in 2011 and has since helmed the ‘Op-Docs’ division for doc shorts. Since its launch, the commissioner has helped to produce more than 160 Op-Docs, and the initiative has opened doors for similar pursuits from outlets such as The Guardian, The New Yorker and Condé Nast’s assorted titles.

Commenting on Spingarn-Koff’s exit, the outlet’s editorial page editor Andrew Rosenthal said in a statement, “The New York Times editorial department is committed to the continued success and growth of Op-Docs and is evaluating candidates to fill Jason’s role.”

Netflix most recently unveiled plans to expand into Italy, Spain and Portugal in October, and in April signed on for an eight-part blue chip natural history series titled Our Planet, set for launch in 2019.