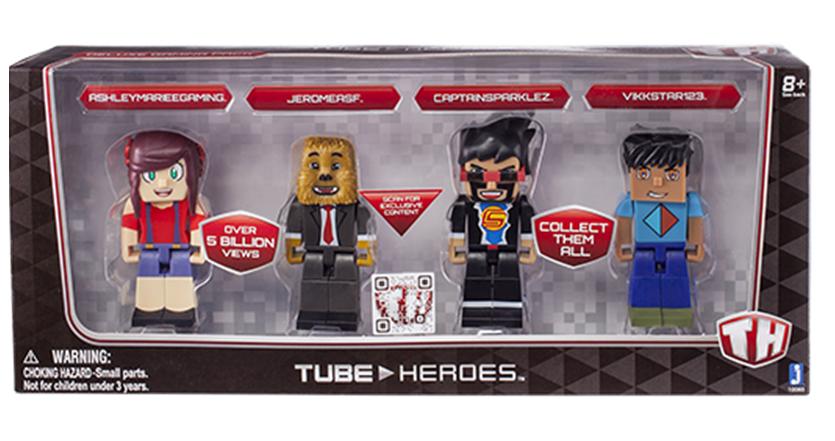 Digital influencers get their own line of action figures, plushies

YouTube stars have entered the realm of G.I. Joe, Barbie and Disney characters with Tube Heroes, a new line of toys from Jazwares – featuring action figures, plushies and role play accessories inspired by a roster of nearly 40 top digital influencers, including Captain Sparklez, Sky, JeromeASF, AshleyMarie, Exploding TNT, AntVenom and CavemanFilms. Together, they have accumulated more than 18 billion views and 83 million subscribers.

The Tube Heroes line is currently available at Toys R Us and soon be available at other mass merchandise retailers.

“Digital media stars are the celebrities of this generation,” said Judd Zebersky, CEO of Jazwares, in a statement. “They are real, everyday people who inspire millions of followers with their creative content and authentic commentary, and who have amassed highly engaged communities centered on their personal interests.”

Jazwares plans to expand the Tube Heroes portfolio with the addition of toys inspired by social stars from comedy, fashion and sports verticals.