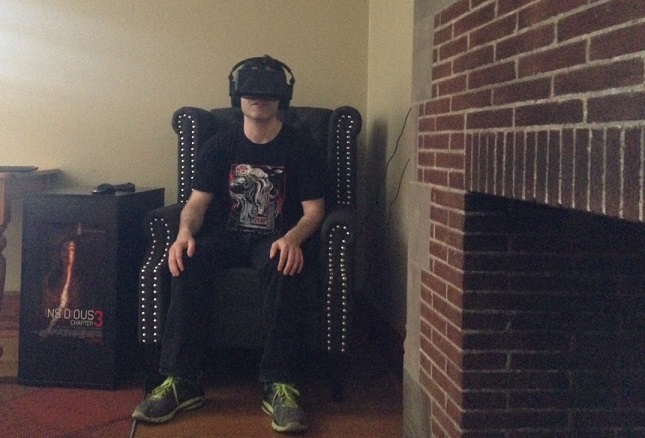 Get real: A deeper look at the virtual reality industry

In the first installment of StreamDaily's series on VR, industry experts weigh in on what's still holding the tech back.

Whenever experts talk about virtual reality (VR), there’s always a lot to say about the future of the high-tech content platform and its potential — not so much about what’s happening now.

That’s not to say that VR has not grown by leaps and bounds in the past decade. It’s safe to say the technology has been brought out of the basements of rich nerds, and is finding its way next to gaming consoles in living rooms (and teenagers’ bedrooms) around the world.

But even those in the VR industry agree the medium has some growing up to do before it is more widely embraced by users.

VR is content observed through a headset and presented in what some call a “frameless” format — that is, the picture and sound extends 360 degrees around the head, above and below. Stereoscoping 3D imaging creates an enhanced sense of dimension, with elements of the scene that seemingly “pop out.” The equipment tracks the head movements of users, allowing them to catch content wherever they looks.

Done well, VR is designed to create a sense of immersion for the viewer.

Content is made by capturing video as well as sound in 360-degree way and editing it in a (hopefully) seamless manner.

VR has historically been an expensive hobby. Several VR systems surfaced in the ’90s, mostly targeted toward gamers. However, most failed due either to high cost or low quality.

But the dream of VR never died, and companies have kept working to perfect a technology that would bring VR out of the shadows.

One of the biggest developments was the Oculus Rift, sold to Facebook in 2014 for $2 billion. The Oculus headset is considered a high-end viewing devices and currently sells at just over $200, though it requires a computer with compatible video and audio specs to run — usually an investment of more than $1,000.

Since then, companies such as Sony, Samsung and HTC have either created or are working on their own headsets.

Google recently jumped into the industry with the Google Cardboard, a DIY headset that can be made out of any material (including, of course, cardboard) that can fit most smartphones and give viewers a 360-experience when viewing VR-optimized apps (such as Adult Swim’s Virtual Brainload).

Content now extends beyond just gaming. Companies are creating documentary experiences such as Nightwatch, a series that follows EMS teams on a shift, or narrative features, such as Insidious III: Into the Further, a short VR narrative promoting the release of the third Insidious film created by the Toronto and LA-based studio Secret Location.

One of the fastest-growing uses for VR is documentary, with one of the most notable examples being sir David Attenborough’s Conquest of the Skies and Zero Point, a doc focusing on the VR world, both released for the Oculus in late 2014.

There are also dedicated VR studios popping up, such as Blue44’s new VR studio, Ovrture (which created Nightwatch).

But the biggest challenge to VR remains in its ability to be mainstreamed, and that means that VR marketers have a big job ahead of them.

“I think it’ll stay a niche for another five to seven years,” said Chris Ciaccia, tech editor with the New York-based business and tech publication The Street. “People are still on the fence of ‘Why do I need another device?'”

Ciaccia, though, is banking on an eventual breakthrough. He estimates that, by 2025, VR content alone will be a $6-billion industry.

“But when you add hardware, it will expand to about a $60 billion market,” he said. 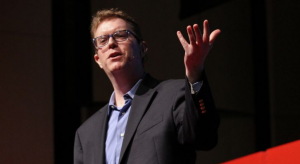 Toronto-based tech columnist Jesse Hirsch (pictured, right) said though there is more choice and variety in content, there’s still not enough of a draw for people to embrace VR.

“It will require a reason to use it – that’s not quite clear to me what that reason is,” he said.

In the end, Hirsch agrees with other tech experts that VR is filled with a great deal of promise.

But he (along with Ciaccia and many others) compare VR to Google Glass, which he called an experiment in augmented reality. “You saw Google Glass failed because it was seen as creepy, it was seen as unattractive and absurdly costly.”

Hirsch said that the key to a breakthrough will probably be simplicity — a less cumbersome headset and less complex software.

“The next level of tech always has to be even simpler and even easier,” he said. “The intuitive relationship with technology is not yet reflected in VR.”

This is the first in a feature series by StreamDaily on virtual reality. Stay tuned as we take a deeper look at the technology, content and talent in this evolving digital space in the weeks to come.