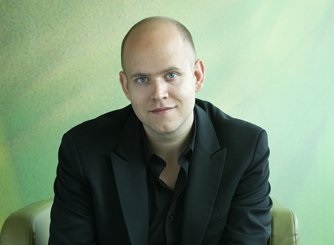 Despite increasing competition, the music streaming service is determined to grow, adding one new customer every three seconds last year.

Amidst lingering financial concerns and potential competition from Apple, Spotify still has reason to celebrate.

The company revealed on June 10 (the day after Apple announced the launch of its similar Apple Music service at the Worldwide Developers Conference) that it had reached 20 million paid subscribers, up from the last recorded number of 15 million. Now nearly one third of its user base pays for streaming music and video.

The Wall Street Journal also reported that Spotify has raised $526 million in a round of funding from investors including Baillie Gifford, Landsdowne Partners and Rinkelberg Capital.

Though Spotify (CEO Daniel Ek pictured) has been upgrading its services as of late (including partnerships with the likes of Maker Studios and Vice to offer video content), profitability has been a struggle for the company. Despite boasting more subscribers than any other music streamer, Spotify is still not profitable.

But media experts who keep close tabs on the digital market say Spotify’s future is starting to look brighter.

“Short to medium term, [Apple’s] entry into paid streaming is actually good for Spotify and others in this business like Google Play Music because it will draw more attention to the availability of premium streaming options,” said Kaan Yigit, president of the Toronto-based Solutions Research Group, in an email to StreamDaily. “The tide will lift all the boats, so to speak.”

Unlike Apple, Spotify follows a “freemium” model, with two tiers of subscription: free, ad-supported content with fewer controls over song selection and skipping, and paid, ad-free subscription for $10 monthly (the same price as Apple) with more controls and features. Yigit thinks that this will also work in Spotify’s favor amidst Apple’s buzz.

“Because Spotify has a free and paid tier and a decently well-known brand in this space, I suspect it will continue to benefit from the expansion of the category,” he said.