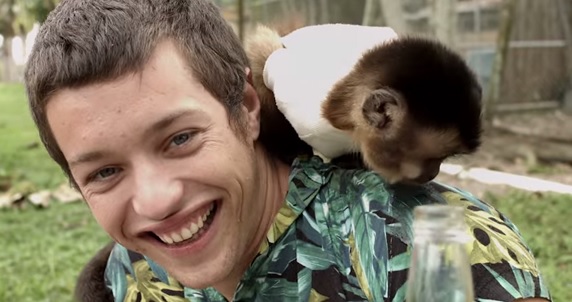 No Seasons debuts on MTV (other)

The eight-episode series is described as a journey full of parties, tattoos, love liaisons and a monkey (not necessarily in that order).

A new, original web series, No Seasons, will premiere this week on MTV (other), MTV’s short-form digital content studio, the studio announced.

“While the stories seem to be things only for the movies, they’re actually real episodes from Julian’s life on the fringes. It’s a journey full of parties, tattoos, love liaisons and a monkey – not necessarily in that order,” said reps for the studio in a statement.

The new series is described as a “perfect fit” for MTV (other), which focuses on original, short-form content that’s random, weird, funny and totally niche in the form of shows and clips.

No Seasons is created by Jillian Mayer and Lucas Leyva, leaders of The Borscht Corp, a team of Miami-based artists whose work has appeared at Sundance, SXSW, Rotterdam, Slamdance, Guggenheim Museums and MoMA. The theme song is provided by Jacuzzi Boys.

Check out the official trailer below: