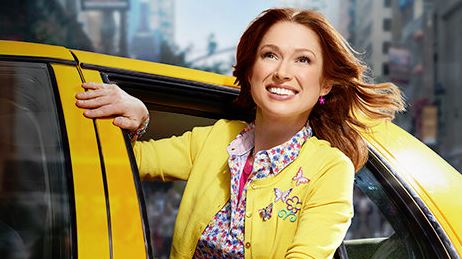 The SVOD now claims 62 million subscribers in more than 50 countries, with viewers consuming more than 100 million hours of daily content

October is shaping up to be a busy month for Netflix.

Just days after making public its plans to roll out  its streaming service in Spain, the California-based SVOD giant has confirmed it will also move into Italy and Portugal.

By this fall, Internet users in all three European countries are expected to have access to various TV series as well as a catalogue of movies, including Netflix originals — available in high def, Ultra HD 4K and on most connected devices.

Marvel’s Daredevil, Sense8, Bloodline, Grace and Frankie, Unbreakable Kimmy Schmidt (pictured) and Marco Polo are listed among the Netflix originals to be included in the launch. In addition, subscribers will have access to documentaries such as Virunga, Mission Blue and the docuseries Chef’s Table, along with various comedy specials and programming for kids.

In a statement, Netflix representatives said the plan is to continuously offer viewers new titles. Among the shows scheduled to launch later this year are Narcos (a Netflix original series telling the story of the drug trade and Pablo Escobar’s cartel), Club de Cuervos (a comedy around a family feud sparked by the death of the owner of a professional soccer team), and Marvel’s Jessica Jones (the second of four Marvel series exclusive to Netflix). Promised Netflix original feature films include: Beasts of No Nation, Crouching Tiger Hidden Dragon: The Green Legend, Jadotville and The Ridiculous 6.

So far, no carrier details nor exact date for the territorial debuts have been disclosed. The company has also yet to release details on pricing and supported devices.

Since launching in 2007, Netflix now claims 62 million subscribers in more than 50 countries. All told, viewers are consuming more than 100 million hours of TV shows and movies every day, according to company data.

Earlier this year, Netflix landed in Australia and New Zealand and the company is currently in discussions to enter the Chinese market.