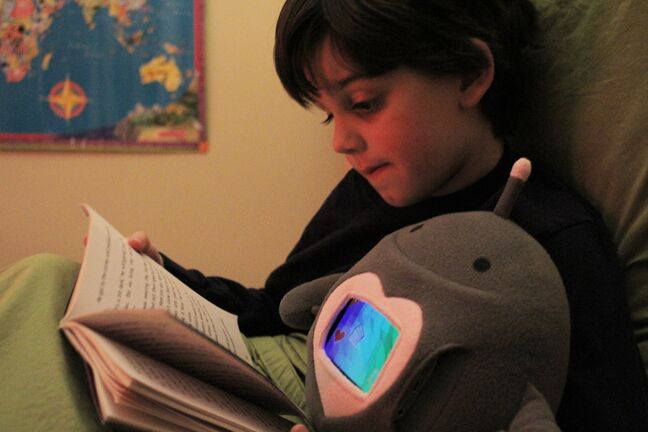 Lance Weiler's spin on story-driven innovation has as much to do with imagination and creativity as it does with R&D.

SANTA MONICA – Lance Weiler has some impressive credentials to add at the end of his signature.

In his day job, his official title is CEO and co-founder of Connected Sparks, a “next-generation” toy, media and education/tech company based in New York. In reality, though, Weiler fills any number of roles “akin to a production slate, except mine mixes projects and companies,” he said in a recent interview in advance of his keynote speech at the third annual Stream Market convention in Santa Monica, June 5.

He’s also an alumni of the Sundance Screenwriting Lab, a founding member and director of the Digital Storytelling Lab at Columbia University and a recognized transmedia pioneer so edgy that Wired magazine named him “one of 25 people helping to re-invent entertainment and change the face of Hollywood.”

But Weiler (pictured below) opts for a simpler introduction when asked what job title he prefers. 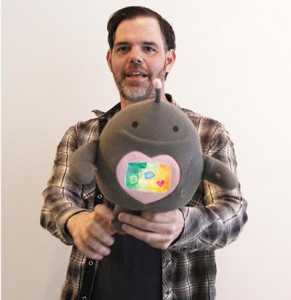 Delegates will hear Weiler’s spin on story-driven innovation, which has as much to do with imagination and creativity as it does with a strong focus on research and development and, yes, even the Internet of Things.

“It’s really about being adaptive,” said Weiler, whose company is breaking ground in the high-tech realm of modern storytelling with child-focused creative projects that span platforms, from print to digital to mobile applications, and back again.

“It doesn’t matter to me if it’s on a screen or not, as long as I can be telling stories. I am fascinated by how they can bleed off of a (script) and into the real world and back again,” he said.

The kind of story-morphing he’s talking about is not as foreign a concept as it might first sound. Fans of Sherlock Holmes might already know how Arthur Conan Doyle, the creator of the famed British sleuth, drew from science practices of the day and wove them into his now-iconic tales of murder and mystery. The result wasn’t just a victory for literary fans. Police, too, were paying attention, making dusting for fingerprints, hand-writing analysis and protecting crime scenes from contamination a staple of what’s now known as modern forensic science.

Weiler thrives on that kind of cross-pollination. In his role with the Columbia University Digital Storytelling Lab, Weiler’s been reaching out to other storytellers, game designers, makers, hackers and others to help him reimagine the world of Sherlock Holmes. Sherlock Holmes & the Internet of Things is a free, 10-week online/offline course and is open to 250 participants.

Lyka’s Adventure is another example of that philosophy. Lyka, a plush toy/book/mobile app, blends traditional storytelling techniques (i.e. a series of chapter books published in partnership with Penguin Books) with 21st Century digital skills (children can insert a smartphone into the toy to collect and share information).

At the center of the tale is Lyka – a “loveable” robot, according to Weiler, who arrives on earth to find out how to save her home planet from the threat of ecological collapse. Through creative problem-solving and structured play, the children can help Lyka rebuild her world, and learn about Earth and each other while they’re at it.

Through themes of environmental sustainability, science and art, the aim is to encourage kids, age five to nine years, to develop critical thinking and a deeper sense of empathy and connection, all the while drawing on their collective imagination to propel Lyka’s story line in fresh and unexpected directions.

Beta tests of the robot and her stories were initiated in classrooms in Canada and U.S. in 2012. In 2014, Lyka’s Adventure was tested by hundreds of primary-school-aged children across five Australian states, with her launch into North American classrooms expected in 2016.

One of the biggest lessons – or confirmation, really – is children are not “just passive consumers,” he said.

Kids these days are creators, whether they are engaged in video gaming, watching YouTube or surfing online.

“My son (age seven) sits down at a computer and, within moments, he is telling a story,” Weiler said.

Weiler said he hopes Stream delegates will walk away from the session with a willingness to investigate the kinds of R&D techniques routinely employed by other industries and see how they might benefit their own story creation.

At the same time, he said, “A lot of the future storytelling is going to be about experience and the ability to design those experiences. The real value sits in something that is able to bridge all that.”