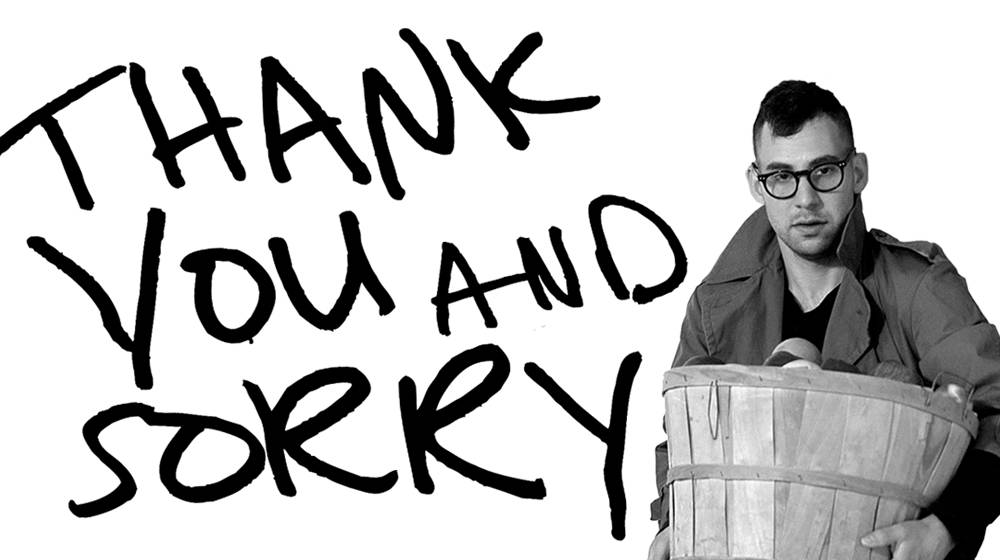 Combining real and scripted footage, Thank You and Sorry follows Antonoff and his band Bleachers.

YouTube is not the only Google-owned platform making strides with original video. Google Play will exclusively premiere the six-part docu-style series Thank You and Sorry for free on June 16. The series can be pre-ordered now.

Shot entirely in black and white, Thank You and Sorry follows Grammy-winning indie rocker Jack Antonoff on a world tour with his band Bleachers, combining real footage and scripted moments. It features guest appearances from Olivia Wilde as an OCD germaphobe and Colin Quinn, who insists sending a bushel of apples is the ultimate class act.

“Making records and being on tour constantly feels like a strange blend between real life and a production of your life the way you imagined it,” said Atonoff in a statement. “With that in mind, we did that literally with Thank You and Sorry. When we shot, we would script elements of real situations and the entire process started to become blurry as to what did and didn’t actually happen.”

Antonoff first came to prominence in 2002 as the lead singer of the New Jersey-based indie rock band Steel Train. He later gained notoriety as the lead guitarist for the Grammy-winning band Fun. In 2014, he launched Bleachers, which released its first album Strange Desire in July. The band is currently touring the U.S. On July 21, tbe band will kick off a co-headlining tour with Charli XCX called “Charli and Jack Do America” in San Diego.

In the past year, Antonoff has collaborated with Taylor Swift, co-writing and producing her hit single “Out of the Woods,” along with two other tracks from her album 1989. He also received a 2014 Golden Globe nomination for his work with Swift on her hit song “Sweeter Than Fiction,” from the film The Incredible True Story of Paul Potts.