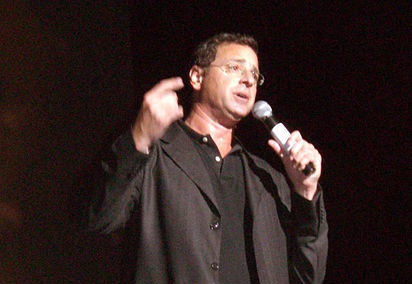 John Stamos confirmed via Twitter that Danny Tanner will be a part of the Netflix reboot.

Fans of the ’90s sitcom Full House have been eagerly anticipating the arrival of Fuller House, a spin-off/revival to be streamed on Netflix in 2016. Now they have even more to celebrate with news comedian Bob Saget will return to the new series as dad Danny Tanner.

The announcement of Saget’s casting was confirmed via Twitter by actor John Stamos — who will produce the show and reprise his role as Uncle Jesse in a guest role.

Last but not least-best piece of casting yet. The great @bobsaget will be joining our show on @netfilx – this completes the perfect reunon!

The Olsen sisters, Mary-Kate and Ashley, are, so far, the only big names not expected to return to the show. The twins were toddlers when they were cast as the youngest Tanner daughter, Michelle. Since the early 2000s, they’ve focused on a fashion career, and have only appeared in a small number of supporting roles.

Stamos was philosophical over news of their reluctance to re-join the TV family.

I understand they’re in a different place and I wish them the best. I promise you will not be dissapointed with our reunion and spin off!!

The spin-off will focus on the pregnant and recently widowed D.J. Tanner who lives with her young sons in San Fransisco. Her younger sister Stephanie, her best friend Kimmy Gibbler and Kimmy’s teenage daughter move in to help her with her young family, mirroring the plot of the original series.