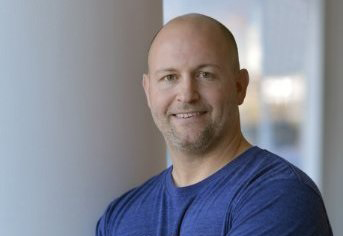 Jeff Bronikowski takes the helm of the new SVOD, which will offer a library of critically acclaimed films and original companion content.

Lionsgate and Tribeca Enterprises execs continue to bolster the top ranks of the new Tribeca Shortlist SVOD service, which is just months away from its official launch.

News of the appointment of Jeff Bronikowski as president of the new subscription service marks the latest big move by the two companies as they look to tap into an increasingly crowded global streaming space.

Bronikowski, a graduate of New York University’s Leonard Stern School of Business and Georgetown University, began his entertainment industry career at HBO. He later spent 12 years as SVP of business development for the Universal Music Group, where he spearheaded the company’s digital content strategy and the launch of its digital media initiatives. More recently, he served as COO of Daily Burn, an IAC company, overseeing the growth of the leading subscription-based streaming fitness service across a broad range of platforms. Bronikowski has also held GM positions at Yahoo and AOL Entertainment, and was an exec at The Echo Nest, the “big data for music” platform acquired by Spotify in 2014.

Jim Packer, Lionsgate president of worldwide television & digital distribution, said Bronikowski “shares (the company’s) vision of a platform distinguished by its portfolio of content, level of curation and understanding of what film lovers want to see.

“We’re continuing to build momentum for the launch of an SVOD service that will become a compelling value proposition for movie buffs and next-generation consumers everywhere,” Packer said in a statement.

Bronikowski, meanwhile, said he sees “fantastic market opportunity” for the service, which will feature a curated selection of critically acclaimed films from around the world,  including titles from Lionsgate and Tribeca (the company that owns and operates the Tribeca Film Festival) and other movie studios. In addition, the service will feature original companion content, from behind-the-scenes footage from award-winning indy films to commentary by industry experts about the films included in their respective shortlists.

Tribeca Shortlist will enter its beta testing phase in June, the companies have said. It was originally slated to launch in early in 2015, but that date has since been pushed back to this fall.

Company reps said they had no further information to offer at this time, including how much the service will cost or who will have access.