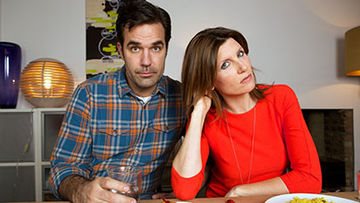 Amazon to unleash Catastrophe in the U.S.

The comedy series, which debuted on the U.K.'s Channel 4 in January, will be available to subscribers on June 19.

The comedy series Catastrophe will premiere exclusively on Amazon Prime in the U.S., the company has announced.

All six-episodes of its first season will debut on the service on June 19. It will also be available to Amazon Prime customers in the U.K. later this year.

The half-hour show garnered acclaim when it debuted on Channel 4 in England in January.