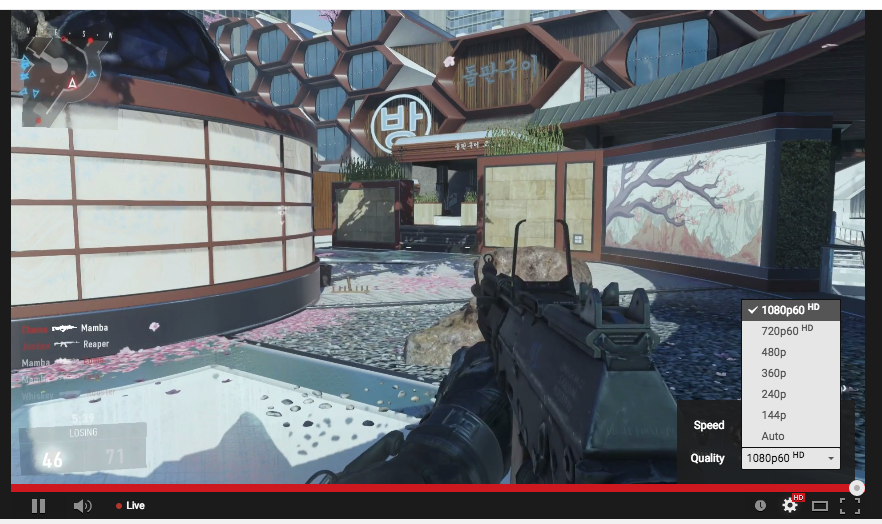 The update enables creators to do live play-throughs of state-of-the-art video games at full resolution.

The upgrade, which debuted last week, enables creators to do live play-throughs of state of the art video games like Assassin’s Creed IV and Call of Duty: Advanced Warfare (pictured) at full resolution. More importantly, it gives YouTube a slight leg up in its competition with Twitch, a platform specializing in video game streaming that offers 60 fps, but no HTML5 compatibility. Video on Twitch uses Flash, which has a reputation as a CPU hog.

YouTube has good reason to want to please to gaming crowd. A study released in December by social marketing and online video rights management company Zefr, found video games were far and away the most popular of any vertical on the platform. That popularity is exemplified by its number one star, Felix Kjellberg (PewDiePie – 37.8 million subscribers, 8.9 billion views), who specializes in game play-throughs.

YouTube automatically downconverts 60 fps streams to 30 fps on devices where high frame rate viewing is not yet available, and because its HTML5 player supports variable speed playback, users can skip backwards in a stream while it’s live and watch at double speed to catch up.