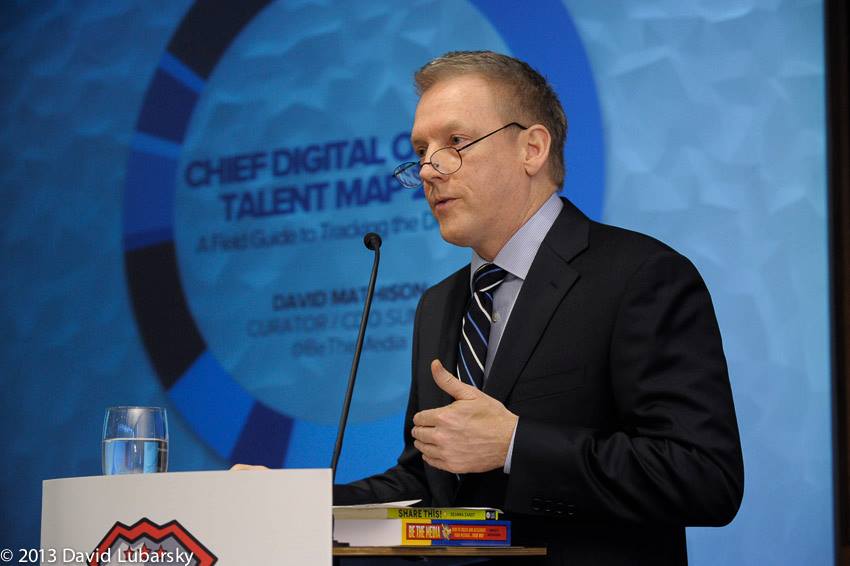 The rise of the CDO: Are they in for the long haul?

While companies such as Netflix and Amazon don't have CDOs, these players may be the reason others across the globe are hiring on digital execs.

In a world of CEOs, CMOs and CFOs, a new acronym is rapidly rising to the same degree of ubiquity: the CDO.

CDO typically stands for chief digital officer and sometimes chief data officer. They exist across multiple industries, and most were brought in to create or implement strategy in response to the digital upset across various markets.

Though many agree that the CDO revolution began as a reaction to companies born digital, there’s no clear agreement on whether or not these execs are here to stay.

Recent data released by the CDO Club, a New York and London-based network for chief digital and data officers, shows the number of CDOs registered with their network is expected to double from 1,000 to 2,000 globally in 2015. In 2013, 488 were registered.

David Mathison (pictured), founder of the CDO Club, said this is a reflection of the number of total CDOs, and added many companies have executives working the duties of CDO without the title, and thus estimates that the number is even higher.

Mathison said in an interview with StreamDaily the advent of companies founded in digital have forced companies across every industry to consider digital as an integral part of their own business, not an alternative.

He discussed how companies such as NBC and MTV were among the first to make high-profile CDO hires in the early 2000s. “It was clearly a reaction to Napster,” he said. “What do you do when your best customers become your competitors? You’ve got people sharing music files who used to buy the music from you.”

While companies such as Netflix, Google and Amazon still have yet to appoint CDOs, Mathison noted often, the appointment of the CDO is a reaction to such services, which is why companies like the BBC and the Guardian have brought on CDOs and made efforts to beef up their digital strategy.

Professor Murat Kristal, director of the Schulich School of Business’s Master of Business Analytics program in Toronto, said chief digital and data officers require a business background because hardware and IT knowledge cannot be applied to analytics effectively.

“The minute you start doing an analytics project, the nature of the game changes,” he said. “I think the CDO can be a catalyst in that sense. I don’t think the CDO is going anywhere.”

But there are plenty who do believe the CDO is a short-term solution – that eventually the CDO’s role will become ingrained in every aspect of the company and duties will revert back to the chief information or technology officer.

“Companies can expect competition to arrive from any angle,” said Cliff Condon, analyst with the Cambridge, Massachusetts-based Forrester Research, in a blog post. “The only cure is an obsession with customers, driven from the top by the CIO and CMO. These two executives, by their relationship with each other and with the technologies they roll out to connect with customers, will determine the future of business.”

Brad Davis, associate professor of marketing at Wilfrid Laurier University in Waterloo, ON, said he does not believe CDOs will be long-term across every industry, but across media companies the position may be more permanent.

“Certainly (media companies), the pay-per-view model helped pave the way for strategy,” said Davis. “I think it’s a little bit slower in other industries — like health care — because there’s no comparable model to work with. They’re trying to figure out how exactly to really incorporate.”

Mathison admitted that the CDO Club is tracking the career path of CDOs. “It is a transitional role, but if it’s transitional, what happens to the CDO who does do a good job?” he asked. “They’re becoming the CEOs and the board members. These people are not going away.”