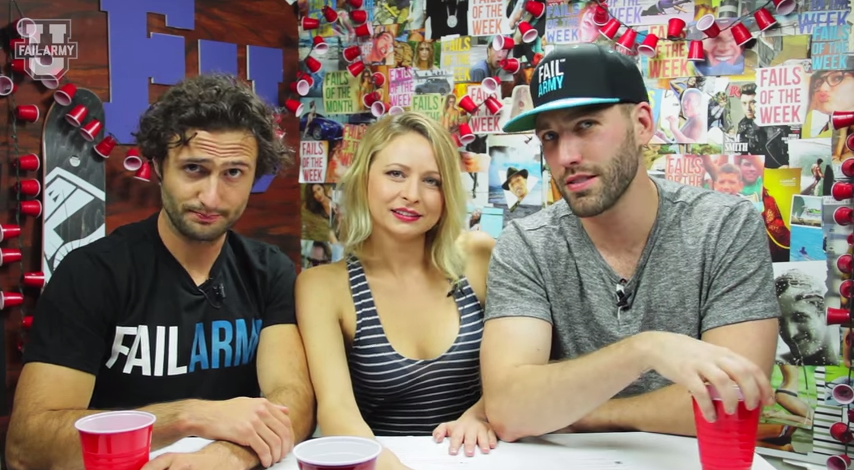 Founder and CEO Jonathan Skogmo on how he built his viral video empire through viewer feedback.

Jukin Media’s Fail Army U YouTube channel has racked up more than 426,000 subscribers and 201 million views since it soft launched two months ago with the debut of the series Top Fails Breakdown.

Jukin Media founder and CEO Jonathan Skogmo told StreamDaily the key to its success is the way the show uses a basic tenet of the YouTube playbook: fan engagement.

In each episode of Top Fails Breakdown, its three hosts recap fan comments about the previous week’s “Fails of the Week” compilation, which is released every Friday on Jukin’s main FailArmy channel. Future Fail Army U shows will similarly attempt to draw viewers deeper into the FailArmy world by integrating their feedback into the content.

“People have said so many times it’s all about engagement, and we totally believe in that theory” said Skogmo, who cut his teeth in the industry working as a segment producer on cable clip show such as Discovery Channel’s Moments of Impact and CMT’s Country Fried Home Videos. “But I don’t think I’ve ever seen people doing it the way we did it with this format.”

Founded in 2011, Jukin built its business around another staple of the YouTube space: the viral video. It scours the internet to find videos from what Skogmo calls “accidental content creators” and securing the rights while they’re still in their “pre-viral” stage. The company then monetizes them by putting them up on its family of YouTube channels – which also includes CutiesNFuzzies, focusing on kids and animals, and the Spanish-language GranFailVideos – and licensing them to news outlets. It also makes money by claiming the Google AdSense on unauthorized shares of its videos on YouTube. 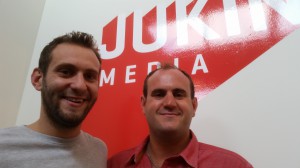 “What we’re doing is verticalizing our library to create content brands that we own and operate, versus some of the other MCNs, which are just rolling up channels,” said Skogmo, pictured (right) with his brother Mike Skogmo (left), Jukin’s director of communications. “We own all the content in our network, we own the channels, and we’re incubating these channels on the YouTube space, and we hope to bring them across platforms.”

Jukin has branched out into linear TV with two series built around its video library. Last year, it launched Fail Army, a half-hour clip sold internationally, where buyers are given the option of re-recording the voiceover narration for their territory. Currently in its second 20-episode season, it airs on TV2 Norway, Spike UK, Rogers Media in Canada, TV3 New Zealand, Foxtel Australia and Sky Italia. By the end of the year, it will be seen in more than 200 territories worldwide.

“Seventy percent of our audience is outside the U.S., which is the analytically-driven reason we decided to start off with an international version of this show first,” Skogmo said.

In January, Jukin launched World’s Funniest Fails, made in partnership with Dick Clark Productions (DCP). Hosted by Terry Crews, it airs on Fox in the U.S. and City TV in Canada. After the first run of nine episodes, an additional nine were ordered to air in the fall, with the title shortened to World’s Funniest.

“It was kind of a mutual decision between Fox, DCP and Jukin,”said Skogmo of the name change “We noticed our content was doing really well during one of our segments called ‘Happy Time,’ which is the happy clip of the day. And we thought, ‘wow, the audience is actually staying tuned into this more than anything else, so why don’t we open it up and make it a little more broad, so we can bring in more content.'”

In a mere four years, the L.A.-based company has gone from four employees to approximately one hundred. Skogmo said the key to its success is constantly tweaking its programming and distribution based on analytics, as well as the viewer feedback that drives Tops Fails Breakdown.

“We found this great video of a drone walking a dog,” Skogmo said. “We decided to put it up on our (CutiesNFuzzies) channel. The audience hated it. They thought it was so rude. But then we put it on our every day viral video channel, Jukin Video, and the audience loved it.”