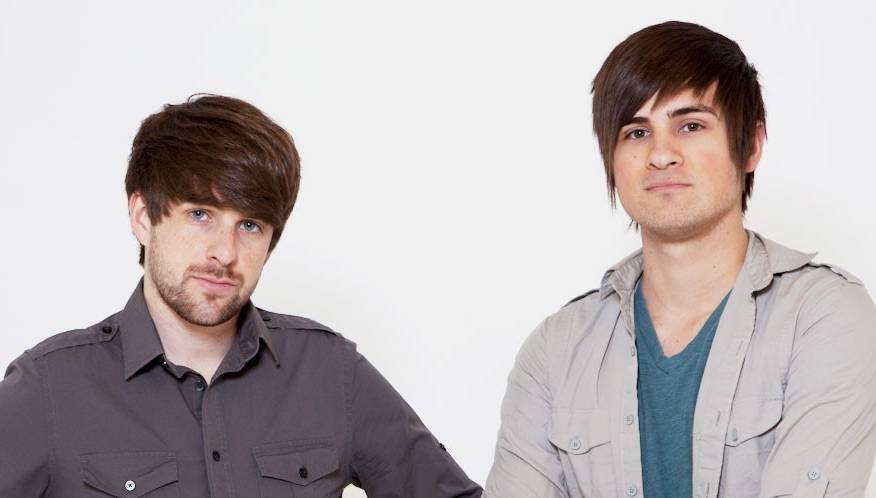 Smosh to be immortalized in comic books, graphic novels

The comedy duo joins the YouTuber literary race with a line from Dynamite Entertainment that will hit stores in time for the holidays.

While Tyler Oakley, Grace Helbig and other top YouTube stars flood books stores with personal memoirs, the Smosh duo has decided to take a more lighthearted route with their literary efforts. The online comedy brand founded by Ian Hecox and Anthony Padilla will get their own series of comics and graphic novels from Dynamite Entertainment.

The deal was brokered by The Joester Loria Group.

Smosh is the crown jewel in the Defy Media multi-channel network, with more than 20 million subscribers and 4.6 billion views for the main YouTube channel alone. There is also the Smosh Games, Smosh 2nd Channel and two foreign language channels (ElSmosh and Smosh France). At its NewFront presentation earlier this month, Defy announced it was launching a new show on the main Smosh channel, titled Every [Blank] Ever.

Founded in 2004, Dynamite Entertainment creates comic book adaptations of entertainment properties ranging from Army of Darkness and A Game of Thrones to Django Unchained and Shaft.

Comics and graphic novels are growth industries. According to estimates by Comichron’s John Jackson Miller and ICv2’s Milton Griepp, sales hit $870 million in 2013, up from $265 million in 2000.