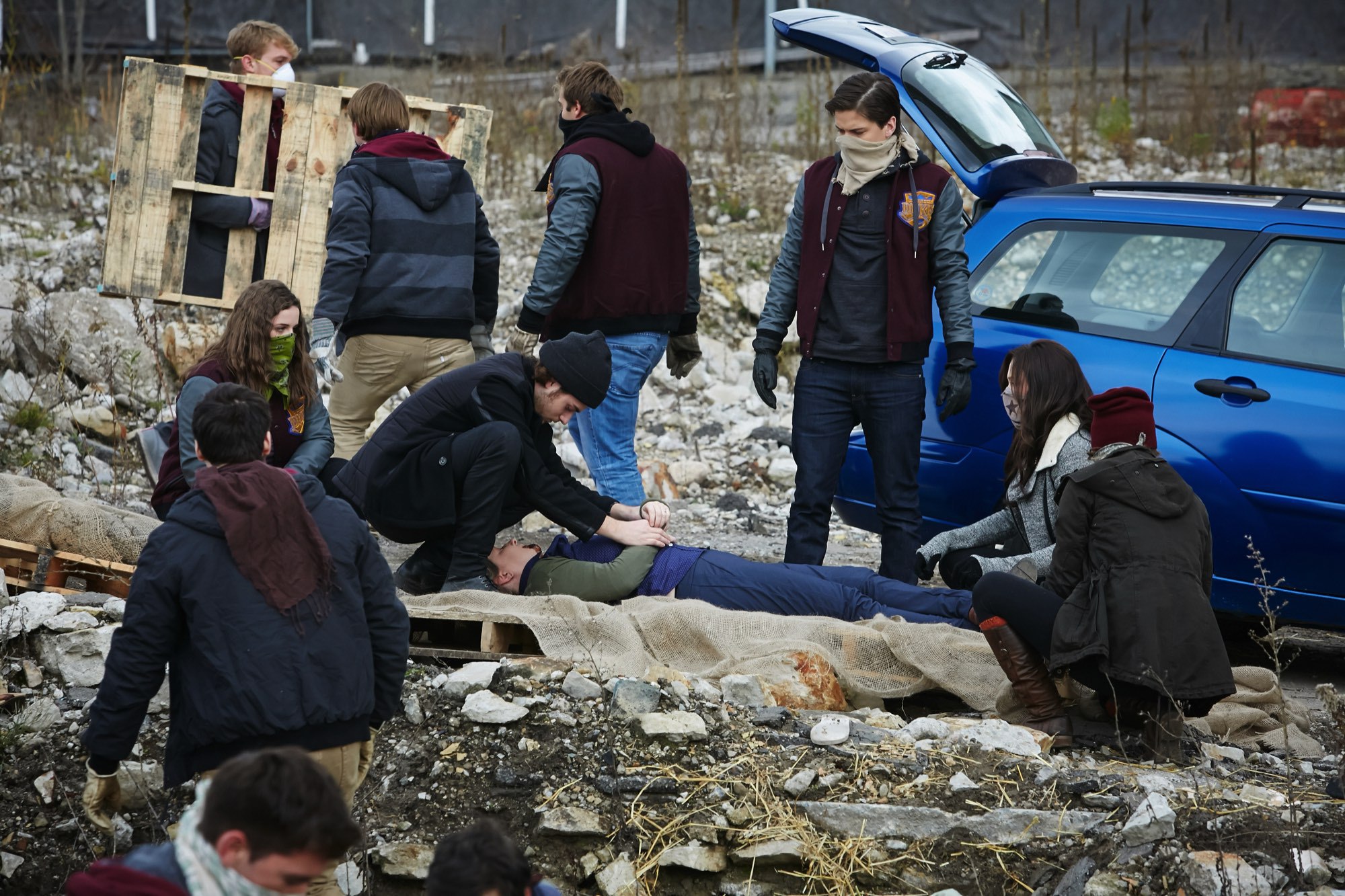 Netflix releases trailer for Between

The drama thriller, premiering May 21, will be broadcast through Netflix, Shomi and CityTV.

Fans of  the niche youth/quarantine/thriller genre were given a glimpse Netflix’s newest original scripted series, Between, this week with the release of the official trailer on YouTube ahead of its May 21 debut.

The Canadian series was shot in Toronto and tells the story of a group of young people trapped in their town after a mysterious disease wipes out everyone over the age of 21 years. So far, it’s drawn luke-warm reviews.

The series is also getting attention for an interesting three-way partnership arrangement between Netflix, Shomi (owned by Canadian broadcasters Shaw and Rogers) and CityTV, owned by Rogers. In addition to Netflix, the series will  debut on City on May 21 and be rebroadcast on Shomi on May 22.

“We knew it would be a complicated deal,” said executive producer Don Carmody in an earlier interview with StreamDaily’s sister publication, Playback. “Getting Netflix on board gives you a good seal of approval. They don’t make crap.”

Netflix subscribers are used to being able to binge-watch series online, with the SVOD historically making all episodes available all at once. In this case, the SVOD will drop only one 60-minute episode per week. Between will be available every Thursday at 8:30 p.m. PST (11:30 p.m. EST). Netflix has stated it wants to maintain consistency between both the TV and streaming platforms.

The series stars Jennette McCurdy (iCarly), Jim Watson (The Strain) and Justin Kelly (Maps to the Stars). The first two episodes of the series are directed by Jon Cassar of 24 fame.

The six-episode series will follow the residents of the town who struggle to come to terms with a deadly disease as the government quarantines everything within a 10-mile radius of the town.

In addition to the series itself, Between Video Yearbook, an online mini-series on CityTV.com, will feature Amanda (played by Krystal Hope Nausbaum), a fictional 18-year-old high school student from the Between series, interviewing members of her high school class in eight two-minute webisodes.

Residents outside the U.S. can watch the trailer here.