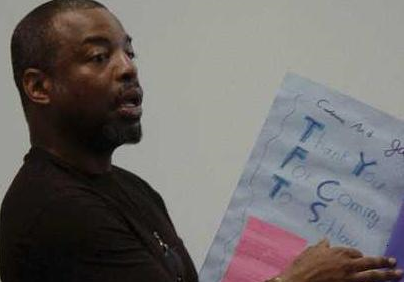 After concluding its record-breaking 2014 Kickstarter campaign, Reading Rainbow is expanding its presence on digital platforms with the launch of the new online library Skybrary.

The website-based subscription service launched this week as a digital library of children’s books and educational videos for kids, two to nine years old.

Users can access the site with a 14-day free trial. They can then opt to pay subscription fees ranging from US$9.99 a month to US$49.99 a year that grant access to all the books and videos on the site.

Currently, the digital library includes more than 500 books and 150 newly created and classic “video field trips” from Reading Rainbow host LeVar Burton (pictured). An Android-specific version for tablets will be available in early summer and a classroom version will roll out this fall.

Skybrary was funded by last summer’s 35-day Kickstarter campaign, which raised more than US$6.4 million from 105,000 backers.

The award-winning Reading Rainbow TV series was created in 1983 to encourage reading. Ending in 2009, 155 episodes were produced, all hosted by actor/director and 12-time Emmy Award-winner Burton.

In 2011, Burton and his business partner Mark Wolfe formed children’s media company RRKidz. They hold the global rights to the Reading Rainbow brand through a partnership with series creator WNED/Buffalo.