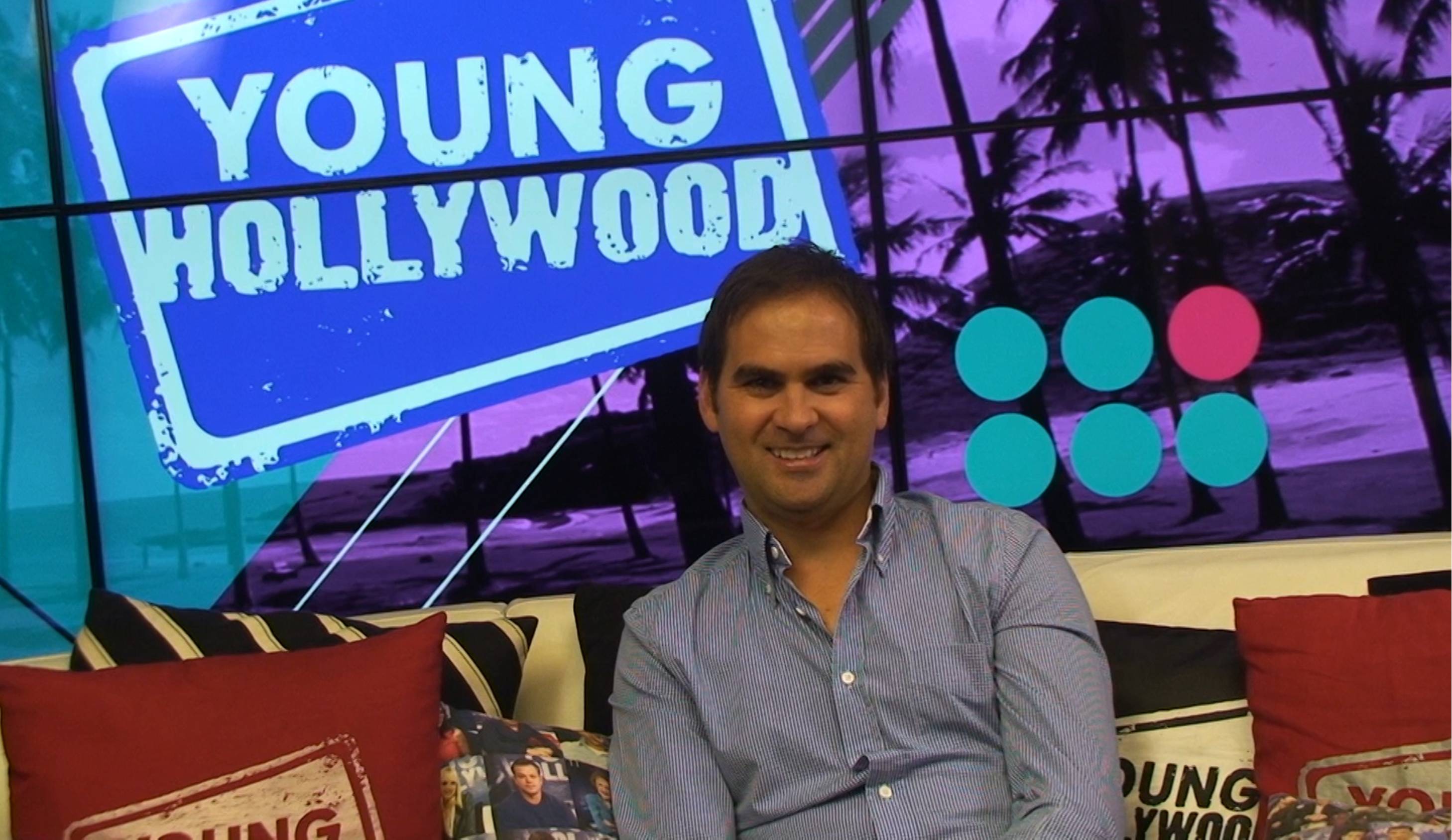 Why Young Hollywood said no to cable, and yes to OTT

CEO R.J. Williams goes behind the scenes at its studio, and explains how it's creating broadcast-like experiences with its AppleTV channel.

Last year, Young Hollywood CEO R.J. Williams was six months into negotiations with a major media conglomerate on a deal that would give his celebrity-obsessed, millenial-targeted digital brand its own 24/7 linear TV cable channel.

Tech meetings were held and a programming grid was being assembled. Then, after repeated delays, the deal finally fell apart.

Frustrated, Williams turned his attention to over-the-top video. He saw a platform with a low barrier of entry and no pre-ordained hour or half-hour formats, where content can be ad-supported, subscription or both, and take whatever form the channel owner desires. And it can be consumed by viewers on big screens in their living rooms, just like broadcast and cable TV.

“That was sort of the light-bulb moment,” said Williams in an interview with StreamDaily at Young Hollywood’s studios, located on an upper floor of the Four Seasons Hotel Los Angeles at Beverly Hills.

“We made the decision that this is going to be the future of distribution for the whole Young Hollywood brand.”

After flirting with the idea of launching an OTT service across multiple platforms, Young Hollywood debuted a channel on Apple TV in March. It gives the company another revenue-generating outlet for its more than 2,500 hours of celebrity interviews, which are also carried on its web site and its YouTube channel and syndicated across a multitude of other platforms (AOL, Yahoo, Twitter, etc.). More significantly, the deal has Young Hollywood producing its first-ever slate of long-form programming, which is exclusive to Apple TV.

But, just as important, it keeps Williams in the driver’s seat with the privately funded company’s content.

“Working with a major multi-billion dollar company on the cable channel, (it was) slow-moving to get anything approved,” Williams said. “The beauty of what we’re doing now with OTT is, if we have an idea and we want to put it up tomorrow, we put it up tomorrow. There’s no approval process we have to go through. We’re 100% in control of our destiny, which is invaluable.”

Williams, 36, began his Hollywood career as child actor at the age of four, and went on to rack up a long list of credits that includes a recurring role on Full House, a two-year stint on General Hospital, and a starring role in the kids show Wake, Rattle & Roll. After attending the USC School of Cinema-Television, he formed his own production company, Arjay Entertainment, in 2003.

The company had work creating celebrity and lifestyle programming for cable networks, including Showtime, the TV Guide Channel and various Fox outlets.

“It was a great business, but at the end of the day, it was a services business,” Williams says.

Then, in 2006, Williams did a brand integration campaign for a major studio, and something clicked. He took note of how, while Arjay did the work, it didn’t control the creative or the distribution, and the studio kept the lion’s share of the budget. He decided he wanted to be the studio, deal directly with the brands, and own the content outright, so it could be repurposed for decades to come.

From this idea, Young Hollywood was born in 2007. Initially, it was run as a sideline to his production services business, but that changed after it scored an integration deal with Coca-Cola for its Vitamin Water brand.

“We did a content initiative for Sundance, creating a bunch of cool content and making them at the epicenter of pop culture,” Williams recalled. “That worked really well, and they said, ‘We want to do something around the Super Bowl’ a couple months later. It then expanded to a year-long partnership where they became the official beverage of Young Hollywood, and every time we created content, they were a part of it. And, from that, we ended up getting to work with a lot of other brands (including Subway, Unilever, H&M and Electronic Arts).”

While Williams has worked in the online video space long enough to be considered a pioneer, his tastes are still very much old media.

That dedication to quality has not always paid off for Williams.

Young Hollywood was part of the YouTube Original Channel Initiative, launched in 2011, in which Google invested $100 million in original programming from established media figures and brands such as Madonna, Ashton Kutcher, Deepak Chopra and The Wall St. Journal.

But, by and large, viewers were not wowed by the celebrity names and high-production values.

“That was sort of the eye opener for us,” Williams said. “What we were doing didn’t resonate as well as one person talking to a consumer video camera with no light. So we had to make that decision – do we transform what we’re doing to be that, or do we maintain what we’re doing and figure out the right platforms and the right way to go about it?”

For a time, he thought that route might be traditional TV. Prior to the aborted cable channel deal, Young Hollywood was in talks to do a syndicated entertainment magazine show in the vein of Entertainment Tonight or Access: Hollywood.

“From a financial standpoint, we had a phenomenal opportunity,” Williams said. “Anybody else would take the money and run, but you never know how long that’s going to last. It could be a year and be gone, and then (we’d be) back at square one and we’re actually hurt because the brand is now damaged.”

At the moment, its Apple TV channel only offers VOD content. But later this year Williams plans to add a leanback TV experience, where viewers can choose from a constant stream of regularly scheduled programming.

One thing it probably won’t have is TV-style commercials. Currently, Young Hollywood’s Apple TV channel content is monetized by brand integrations, and it will remain its default advertising model.

“Occasionally, we’ll run traditional media when it makes sense, but pre-rolls and mid-rolls can be a disruptive viewing experience so we plan to be very selective on when and how we deploy them,” Williams said.

But Williams said there’s also a possibility of supplementing its VOD offerings with a subscription service. More intriguing is the possibility of remaking some old TV franchises, in the spirit of Netflix’s recently-announced revival of Full House.

“A large part of that will just be (harnessing) relationships that I have from way back when,” said Williams. “I can say, ‘We worked together in the old media. We’re now a new media company. Let us help be the conduit that’s going to bring you into this new area.'”