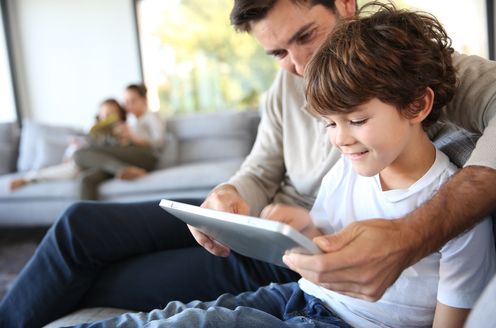 YouTube shows a 50% growth in hours watched, year over year, and the advertising dollars are following, new research suggests.

Global advertising revenue from online video doubled to $11.2 billion between 2011 and 2014, and will jump to $13.8 billion in 2015, according to findings released by international market research and tech consultancy IHS Technology and Irish-based video analytics specialists Vidiro.

The IHS and Vidiro white paper found linear TV viewing declined by seven minutes per person in 2013. Conversely, online video services have grown significantly in the past two years, with YouTube showing a 50% growth in hours watched, year over year, and the advertising dollars are following.

Researchers forecast that by 2017, online video advertising revenues will reach $19 billion, with TV advertising budgets beginning to experience cannibalization by digital in some markets. TV will make up only 28% of total advertising in Western Europe at that time, the report predicts.

YouTube leads the pack in the online video space with $4.2 billion in advertising revenue in 2014, up double digits from 2013. But, according to the report, Facebook has established one of the strongest video strategies, both in terms of content and monetization, by working closely with premium publishers to distribute content and is expanding its video ad solutions to provide strong format and targeting capabilities. Facebook launched a new video strategy last year, surpassing YouTube as the leader in online video impressions.

“Despite its late start into video, Facebook will be a significant threat to online video publishers for ad revenue,” said Eleni Marouli, senior analyst, IHS Technology, in a media release. “We forecast it will account for 25.7% of all online video ad revenue by 2018.”

Vidiro tracks YouTube to collect detailed information on the top 1.5 million performing channels, including the MCN affiliation for each. Its database stores all statistics relating to views, subscribers and audience engagement, and is updated daily and hourly for the top performing segments, providing a MCN “fingerprint” that can reveal some surprising insights.

For instance: The total number of views for lifestyle and beauty network Stylehaul is a fraction of those received by music channel Vevo, “but (Stylehaul) compete(s) strongly with Vevo across the long tail in terms of subscriber growth, picking up one subscriber for every two Vevo gain,” said Simon Factor, CEO of Vidiro, in the release.

According to Vidiro, the statistic not only demonstrates a high level of engagement among Stylehaul fans, but it also points towards differences in how fans consume beauty versus music videos. Due to the music playlisting feature on YouTube, users tend to rely on auto-play and are less inclined to click and subscribe on individual music channels.