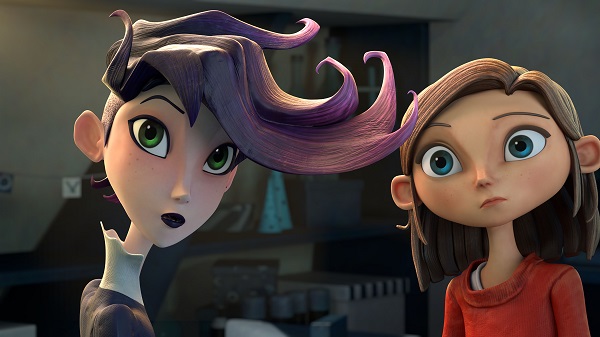 With just one preschool series in the lineup, the four animated and two live-action projects will be uploaded to instant video.

Following its success at the Daytime Emmy Awards, which saw its stop-motion preschool series Tumble Leaf pick up five awards, Amazon has given the greenlight to six new kids pilots for its upcoming summer  pilot season.

With just one preschool series in the lineup, the four animated and two live-action projects will be uploaded to Amazon Instant Video, where users will once again be invited to watch the pilots and comment on their potential. Amazon Studios will use the feedback to determine which concepts will be greenlit as full series.

This round of six pilots includes:

The series is developed and produced by Bureau of Magic’s Darin Mark, Jared Mark, Abram Makowka, and Mark Warshaw (East Los High). It is a contemporary re-imagining of L. Frank Baum’s Wizard of Oz universe, designed by Flaunt Productions (Project Spark), animated by Arc Productions (Gnomeo & Juliet) and scored by Adam Berry (The Penguins of Madagascar), with theme music by Mark Mothersbaugh (The Lego Movie).

Based on the children’s book by Dallas Clayton, and produced by The Jim Henson Company, the series follows young unicorn Lily, whose unique perspective and independent spirit can brighten up any situation and often leads her and her loyal friends into unexpected shenanigans.

The bestselling books of the same name by Todd Goldman serve as the inspiration for series’ writers Goldman and Dave Schiff (That 70s Show, Robot and Monster). The comedic toon follows the hijinks of the Eddie Behr, an eternally optimistic, high-energy bear. He aspires to be a forest legend just like his dad, who discovered “pants” at an abandoned campsite, although the pants are actually underwear.

Written and executive produced by Andrew Green (Hannah Montana), this live-actioner follows siblings and aspiring musicians Jack and Tessia, as the less-than-cool middle-schoolers put together a band of like-minded musicians, considered outsiders by fellow classmates. The project is also executive produced by Skot Bright (Tom Petty and the Heartbreakers: Running Down a Dream) and will feature original music written by Hutch Harris of post-pop-punk trio The Thermals, with an original score by James Iha (The Smashing Pumpkins). Musician Henry Rollins (Sons of Anarchy, Black Flag) guest stars as Coach Carlucci.

Based on a book series by US Olympic gold medalist and current US Women’s National Team soccer player Alex Morgan, and adapted by David Babcock (Gilmore Girls), the project is executive produced by Todd Cohen (Kath & Kim), as well as novelist James Frey and his company Full Fathom Five. Elizabeth Allen Rosenbaum (Ramona & Beezus, Aquamarine) is also on-board to direct this live-action show that follows Devin Burke, a local soccer star whose family relocates to California midway through the school year. Devin has to rise to the challenge after discovering that her new school team has been on a losing streak.

Continuing to bolster its original programming, the US studio has slated eight additional original series to debut in 2015 and early 2016, exclusively on Amazon Prime Instant Video, including kids series Wishenpoof!, Just Add Magic and The Stinky & Dirty Show.