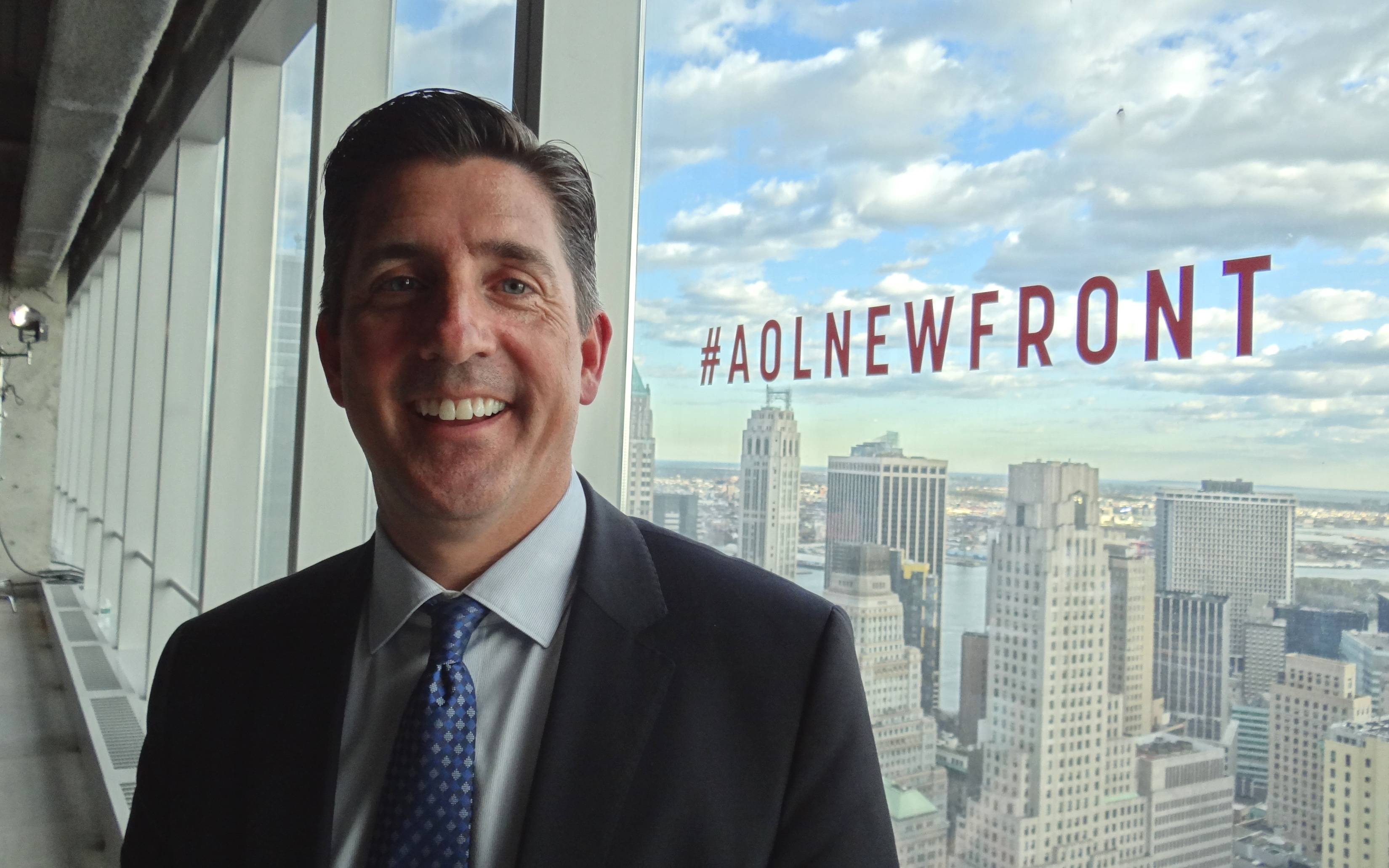 The headline announcement at AOL’s NewFronts presentation last week was its new “Content 365” strategy, which eschews network TV-style blocks of season premieres for a constant roll-out of programming designed to serve users’ changing viewing habits as they move through the day.

But the bigger story is how a company once derided as a dial-up-era dinosaur has transformed itself into bleeding-edge platform for original content, monetized with programmatic advertising.

StreamDaily sat down with Jim Norton, AOL’s global head of media sales, just prior to the company’s presentation at New York’s 4 World Trade Center to discuss how the content it produces is influenced by the brands that pay for it, directly or indirectly, as well as the devices used to view it.

Fifty percent of your viewership is on mobile. How does that affect the way you produce your programming?

One of the things we did before we made decisions about what we were going to produce was get a much better understanding of how users are consuming video. In the morning, when a user grabs their device within an hour of waking up, what’s that video format need to look like? It needs to be snackable, much more shareable (and) live, if people are able to do it. And then as you go throughout the day, the content tends to become longer form. There’s desktop content during the day, there’s tablet OTT content at night [so] we’ll move into more storytelling in the evening.

Last year, AOL partnered with FremantleMedia International to globally distribute its first long-form series, Connected. How does the potential for selling content on different platforms across a multitude of regions influence what you produce in terms of length? Does it move you to produce long-form content or short-form content that can be packaged in standard TV formats, like 22 minutes or 44 minutes?

Whether it’s a show like Connected or #CandidlyNicole, which got picked up by VH1, our intention is not to produce this programming with the hope that it gets picked up by somebody else and we off-load it. We want to produce high-quality content where partners come to us and say, “Hey, let us help you distribute. Let’s go create together.”

When you do branded content, how much say does the brand have in the narrative?

It’s going to vary wildly, depending where are we in production. Are we still in the concept stage? Have we begun to shoot? Clearly, if we’ve already got something fully in the can, it’s unlikely we’re going to go back and reshoot. But if a brand has a compelling story to tell that’s both entertaining and informative to users, there’s no reason why we can’t do heavy brand integration.

We have to be careful with what’s the proper amount of branded content. But we’re not going to do a deep product integration and then try to go out and partner with a competitor. In the most of those cases, they’re buying the show exclusively and we’re working very closely with them on what’s the proper way to take their insights, knowledge and even some of their creative and work that into the content itself. So there’s very little issue we’d have with competitive separation.

How are you promoting your programming?

We’re fortunate to have the power of the AOL network, which gives us the ability to self-promote. But when it comes to the type of content [short-form shareable content in the morning, more complex storytelling in the afternoons and long-form at night], that format of content lends itself to a variety of different promotional opportunities. With a show like 2 Point Lead, where we’re taking a very comedic approach to sports, it’s short-form, very snackable, and the intention is for us to be aggressive in getting that out into the social stream.

Has it been a struggle casting off the perception that AOL is merely your grandmother’s internet provider?

We know that’s the perception, but with the work and investment we’ve made on our ad technology and platform side, and the continued investment that we make in high quality (content), we have seen traffic grow continuously, year over year.