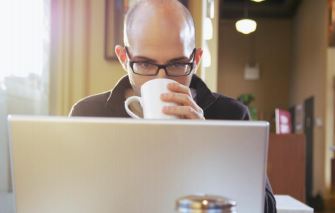 This marks a 13% uptick in viewership according to the annual IAB 2015 Original Digital Video Study.

America’s appetite for original digital video programming continues to grow with a record 59 million adults in the United States turning to computers, connected TVs, smartphones and tablets at least once a month to find the content they desire, according to a new study by the Interactive Advertising Bureau (IAB).

The results of the 2015 Original Digital Video Study, produced by GfK, mark an uptick of 13% over last year’s audience size of 52 million.

Millennials make up a large portion of the digital audience, according to the study, with 17 million respondents between 18 and 34 years falling into the cord-cutter, and even cord-never, category. Indeed, the survey found that young cord-cutters/nevers are about twice as likely as other adults to view original digital video.

In addition, cord-cutters/nevers are inclined to find the ads shown during original digital of programming to be “more interesting” or “fun” (43%). Across age groups, a third (35%) of the general original digital viewing audience is in agreement about the likability of the ads.

Sherrill Mane, SVP, Research, Analytics and Measurement, IAB, said brands and media buyers need to be aware not only of the growth in popularity of original digital video, but also recognize the variety of screens where this content is consumed.

“Earlier IAB research showed that connected TVs are gaining ground, and this study independently substantiates those findings and shows that those who enjoy made-for-digital content are watching that programming more and more by streaming to traditional television sets,” Mane said in a media release.

The 2015 survey was released during the second week of the Digital Content NewFronts, an annual marketplace, held in New York and managed by IAB, that connects brands and media buyers with the latest in made-for-digital video opportunities.

A separate global study by content delivery network Limelight Networks found the shift from traditional broadcast television to online video is being driven by millennials.

Millennials represent a benchmark, or “tipping point,” below which all subsequent generations will skew increasingly toward online video, states The State of Online Video report, unveiled May 6. The willingness to abandon traditional television, however, is also reflected across all age groups – only 10% of those surveyed said they would never cut the cord. It concludes an increasingly “tenuous” connection between cable companies and their subscribers is contributing to the popularity of online video.

With files by Jordan Pinto, Media in Canada