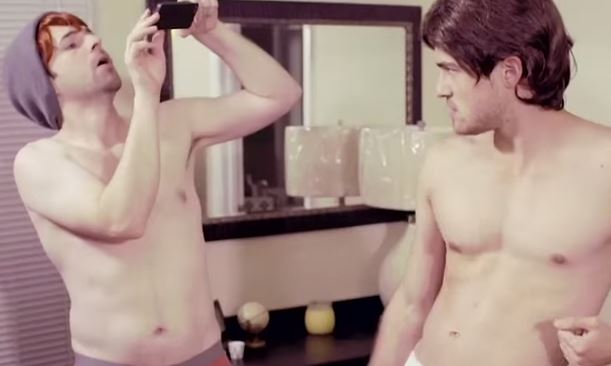 The MCN held back on new programming at its NewFronts presentation to focus on success of its current slate.

NEW YORK – Defy Media CEO Matt Diamond told the crowd at its NewFronts presentation on Monday that, although it has about 30 new programs it will be producing in the next 12 months, the evening would instead focus on its current lineup of 36 regularly produced shows, two thirds of which generates more than half a million views per episode.

“We could sit here and try to tell you what a great idea for one of our shows is going to be in 10 months,” Diamond said. “But the likelihood that you know what your budget or your ability to sponsor that show (will be) in 10 months is very small. So we don’t think we need to subscribe to the upfront model. We think we’d rather have a relationship with you where we can come in regularly and tell you about all the great things that we’re doing around the time.”

Although they didn’t appear in person, the clear stars of the night were Ian Hecox and Anthony Padilla (pictured, left to right), better known as the comedy duo Smosh. According to Vid Stats X, Smosh’s main channel ranks #4 on YouTube in terms of subscribers, behind PewDiePie, YouTube Spotlight and HolaSoyGerman. They also have the Smosh Games, Smosh 2nd Channel and two foreign language channels (ElSmosh and Smosh France).

“This year, we’re really going to capitalize on the road of Smosh by hitting the gas on the programming,” Diamond said.

The main Smosh channel will get a second series, Every [Blank] Ever, a new scripted show that will serve as the formal introduction of four new cast members. It will premiere on May 12 with the episode “Every Instagram Ever.”

There will also be a big promotional push for Smosh. On July 23, The Smosh Movie, a Bill & Ted’s Excellent Adventure for the YouTube generation, produced in partnership with AwesomenessTV, will have a live-streamed red carpet premiere at VidCon. Padilla and Hecox will also be immortalized as wax figures that will go on a three-year world tour of Madame Tussaud’s Wax Museum locations.

Execs from Defy – which was formed in the fall of 2013 with the merger of Break Media and Alloy Digital – also touted channels Screen Junkies; Break, the #1 humor web site, ClevverTV, targeting 13- to 34-year-old women; and men’s lifestyle destination Made Man. The latter will get the new series Mantervention, which Diamond described as “part actual intervention, part Queer Eye for the Straight Guy.” A premiere date was not announced.

Image: screengrab from Every [Blank] Ever trailer.